Home sales are picking up in Colorado as lower home prices and mortgage rates drive more buyers into the housing market. The rise in sales will 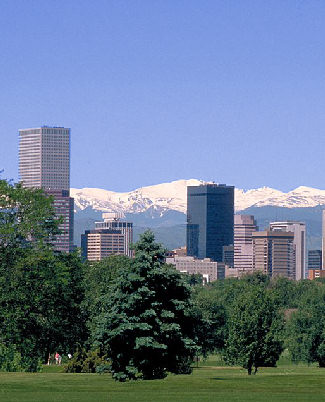 eventually lead to higher prices paid for homes and other properties, but as the region struggles with the economic fallout of the financial crisis the recovery isn’t expected to fully materialize by real estate analysts for sometime.

Sales improved during the last part of 2011 for most of Colorado, but prices continued to lag, squeezed by high levels of joblessness and business interruptions. The increase in sales was particularly evident in Denver, where foreclosures are being bought up at one of the fastest rates in the U.S. The discount priced properties received multiple offers in the Denver area as home buyers search for bargain priced deals.

A lack of inventory is putting the squeeze on the market in Denver, where bargain hungry investors are having difficulty finding a deal. Banks and mortgage companies are holding back an estimated 3-million homes from the market in the U.S. shadow inventory, which are not yet counted on banks balance sheets as foreclosures.

After lenders formally foreclose on the homes, a larger inventory of properties will hit the Denver market to choose from at lower prices. The impact of the foreclosure crisis will be long lasting for the Mile High City as more homeowners suffer through the pain of foreclosure. Prices on Denver area homes are forecast to decline an additional 4.8% in 2012.

In nearby Aurora, the housing market has seen a tighter inventory develop after a swarm of investors bought up newer subdivision homes built during the real estate boom. Home values shouldn’t decline at as a rapid pace as they have for the area, with Aurora values forecast to drop 4.1% during the year.

In Colorado Springs the market seemed to spring into some sort of rebound after sales jumped for four straight months towards the end of the year. But sales typically slow during the colder winter months in the Rockies and should remain tempered until spring time.

Another drop in prices is projected to develop in Colorado Springs, with average home prices forecast to decline 4.2% in 2012. Boulder also saw more homes sold in 2011 and should see more sell in 2012 but prices are projected to remain discouraging as lenders keep a tight grip on money. Boulder housing prices are forecast to slip another 3.4% during the year.

Despite growing natural energy exploration and development in Grand Junction, prices are declining on homes at some of the fastest rates in the state. But that may not be the case over the long term for the region.

Outside of Grand Junction the Books Cliffs geologic formation holds a bleak almost lunar mass of land. That red, brown and orange land contains more oil than five times that of Saudi Arabia estimated at 1.5 trillion barrels of oil.

The oil shale reserves will apparently someday be mined for oil to run our cars and keep America’s dependency on oil alive, sending home values in the region much higher. But for now Grand Junction will have to deal with lower home prices forecast to decline 5.1% in 2012.