For more than a decade Georgia boomed in most areas of the state and was one of the fastest growing regions in the U.S. but a bottom to the housing market 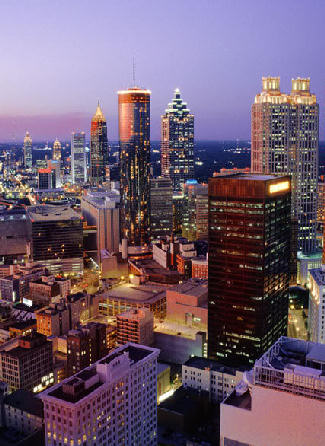 appears to be developing in some areas, indicating that after years of negative news the area finally has something to look forward to in 2012.

Nearly one in three Georgia homes is underwater or owes more on their mortgage than it would bring in the current real estate market. However, researches at the University of Georgia predict the states Gross Domestic Production will increase an average of 1.5% in the New Year and individual incomes will grow. The small increase is a positive sign for the economy, which has been hammered by the real estate crash and business closings.

Home prices in the Atlanta metro area, composing of numerous counties have been tumbling as the foreclosure crisis levels the region. But the inventory of discount priced foreclosures seems to be declining as banks cooperate with more troubled homeowners to sell through short sales. The growing cooperation helps homeowners unload a home they can no longer afford and reduces losses for lenders.

Existing home and condo sales should remain sluggish through the year, despite record low mortgage rates and lower home prices as high unemployment hinders the market. But sales should show a more positive direction towards spring time. Atlanta home prices are forecast to decline an average of 6.7% in 2012.

In the Macon metro area home values are actually starting to show an improvement, although at a minor pace. Macon has suffered from foreclosures but not as many as the Atlanta region, with homeowners who are struggling to hold on to their homes. The region, which includes Bibb, Crawford, Jones, Monroe and Twiggs counties is projected to see better home

sales during the year, but lower home prices that will average 2.7% less in 2012.

Consumer confidence is a key ingredient for home buyers. After a slowdown that has lasted more than four years, a growing number of consumers are requesting new home construction quotes in the Savannah area, which has been hobbled by the downturn. Ushered by low mortgage rates, home sales should increase in 2012 on forecast housing deflation averaging 1.4% for the year.

In Columbus the market has had a tough run as foreclosures pressure home prices. The concentration of foreclosed properties has taken the market to a new low, with prices down nearly a quarter from its peak. Discount priced foreclosures and bank assisted short sales will eventually push home prices higher, but not until the inventory levels out. Home sales are projected to rise in 2012 on forecast deflation that should average a lower 3.0% for the year.

High unemployment is hurting the economy in Georgia, and has hovered in the high 9% range in Augusta for more than two years.

The lack of jobs makes it impossible for most people to buy a home. Until more people go back to work the housing market will remain sluggish in Augusta and home prices will decline. Values are forecast to drop an average of 3.2% in 2012.