Pushed by an historic spike in farm profits as U.S. farmers enjoy “the best of times” in decades, Kansas home sales are increasing, and prices on 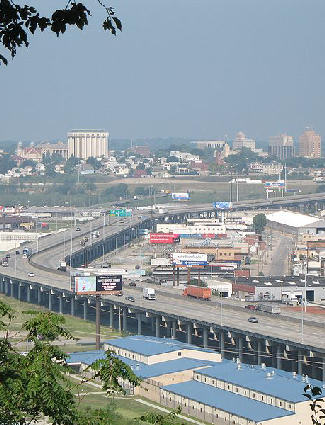 homes throughout the state are also rising. The demand for existing homes is growing as lower home prices coupled with close to record low mortgage rates combine to heal the housing market.

The transition from a weaker real estate market, hampered by the foreclosure crisis is also being ushered in by low unemployment as farmers enjoy some of the highest prices for crops in years, and are able to hire more workers.

Crop sales for soy beans, some livestock and corn used in the production of ethanol are hitting record levels and are expected to remain high as national and international demand grows. The farm-belt is apt to see better times for many years to come as demand outstrips supply for many food products in new international markets like India and China.

In Kansas City existing home sales are rising and should remain that way through the year. The pace of higher prices should also be boosted with fewer homeowners walking away from mortgages as a result. Housing appreciation is forecast at 5.8% in Kansas City in 2012.

In Overland Park south of the metro Kansas City area, foreclosures troubled the market for more than two years, but as the economy improves in the area fewer homes are going into default. However, a huge wave of foreclosures is expected to be listed on the market in the coming year as the

area deals with the fallout of the foreclosure crisis and a pent up vacant inventory of homes known as the shadow inventory.

Overland Park isn’t done with the housing mess as banks and mortgage companies keep a tight grip on their funds to pay for at least part of their foreclosure losses. Home prices, however, are expected to keep moving higher through the year, and are forecast to climb 4.2% in 2012.

However, not everyone is sharing in the good fortunes of farmers, but lower unemployment in Kansas than in most other regions of the country is helping home sales in Topeka. The pace of sales has picked-up and should remain fairly steady through 2012 on projected appreciation for homes of 4.7%.

Drought that plagued regions of the Corn Belt hurt some unlucky farmers. Outside of Wichita a wide swath of farmland hurt farmers in the region. But the housing market through most of the area still maintained a healthy pace of sales, and is forecast to see home values rise 4.1% for the year.