Nearly five years after the housing market in the U.S. collapsed the sting of the market crashing is barely felt in Nebraska. Home prices never hit double-digit appreciation 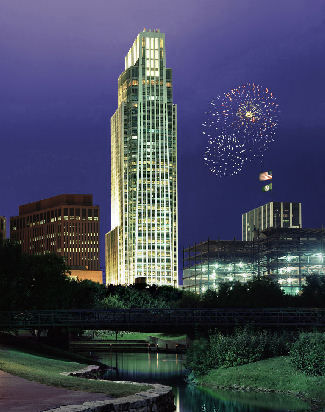 in any market in the state, saving it from the foreclosure crisis and an economy that became unhinged.

With unemployment levels at one of the best rates in the nation, hovering around 4%, the region is poised for a bubble in housing prices. But don’t expect any sort of housing bubble to materialize in Nebraska, where many families live in the same home their entire lives in the conservative Mid-West.

While the majority of the nation is reeling in falling home prices, and millions of Americans are losing their homes to foreclosure, Nebraska is experiencing some of the highest home sales in decades. Home values in some areas of the state are rising, while others are barely budging at all.

Residential home sales in Omaha are on the way up but prices show little change, climbing only a couple of percent last year on most homes. Hundreds of homes go under contract in a typical month in conservative Omaha, barely enough to trigger any change in the markets velocity.

But even this small volume of sales has represented a double-digit increase for Omaha, likely the most conservative housing market in the nation. Thanks to near record low mortgage rates, the market hit new home sale levels for two years in a row, and is projected to experience another increase in

In Lincoln, the second most populated city in the state behind Omaha, the market has also experienced a healthy pace of existing housing sales due to historically low interest rates on home loans. Exceptionally low unemployment keeps just about everybody who wants a job employed in agriculture, farming and the financial sector.

Anyone who wants to buy a home and can qualify for a mortgage can purchase a lot of house in Lincoln for the dollar. Home sales should stay strong through the year on projected 2.4% home appreciation.

In smaller Bellevue, the inventory of homes on the market is a bit tighter, driving the cost of housing higher for the first real time in years. Home values should remain strong through the year on forecast inflation of 2.9%.