Reeling from a major decline in home prices, New Jersey homeowners are hoping that the worst of the real estate crash is over. But a massive inventory of foreclosures that have not yet been 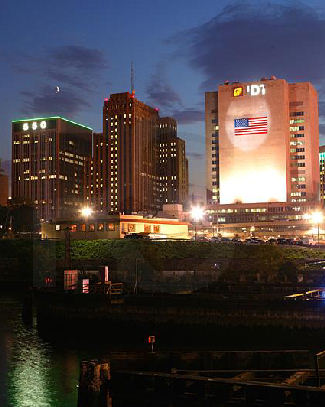 formally taken back by the banks sit vacant waiting as part of the shadow inventory to be accounted for by lenders.

The resiliency of New Jersey industry and its location between New York City and Philadelphia puts the state in a potentially strong position for the reemergence of employment stability and a rebound in housing. However, any sort of real recovery is dependent upon an increase in employment, which is only materializing slowly in the region.

The over supply of homes listed on the market in Newark has been reduced slightly as a result of low mortgage rates, and pent up buying activity. But a marginal increase in home sales isn’t enough to swing the market into a sustained recovery. Home sales should improve over time, but only as prices slip further, forecast to decline 3.7% in 2012.

The stalled economy in Trenton has forced businesses to close their doors after decades. Homes on the market are being pulled off by their owners as more and more homeowners decide to wait out the market if they can in hard hit Trenton, where unemployment is hurting the local economy.

Projects to revitalize the region take time to get underway and should help the community. Home sales are projected to pick-up later in the year on lower prices, forecast to drop another 4.2% by years end. Jersey City should also experience an increase in existing sales, but on housing deflation that is projected to hit 3.9% alone for the year.

A bold new initiative will support new infrastructure improvements in Atlantic City, been hard hit by the financial crisis. The Revel casino resort, a 53-story, 6.3-million square foot facility with 3,800 hotel rooms will be the biggest property in Atlantic City once construction is complete.

The project is estimated to produce 10,000 jobs and give the area a new start to revitalize the region. The development is needed in Atlantic City, which has suffered from a severe downturn in real estate since the market collapsed. The region should get a shot in the arm from the construction with more home and condo sales. But housing prices won’t see any improvement for sometime as values decline 3.1% in 2012.

In Ocean City the market is poised for a comeback, but home prices have taken a major beating since the market headed south.

Vacationers have long spent summers in the area, but the tough economy and hurting home market have unsettled the region. Home prices are forecast to decline another 4.7% in 2012 as foreclosures hinder the market.