The economy, including the real estate market, is getting back on track in Alaska.

In Anchorage, the real estate market is showing recent increases in single-family home sales, along with higher sales prices and a lower inventory, which is also contributing to more new construction.

Single-family home sales were up 12 percent in November, with those homes’ prices up 5 percent.

The only potential cloud on the Alaska real estate market horizon is what Associated General Contractors of Alaska Executive Director John MacKinnon calls a “substantial decline” in Department of Defense spending in 2013. This dip in funding will directly affect building construction, but could be offset depending on the final, official state capital budget, he added. 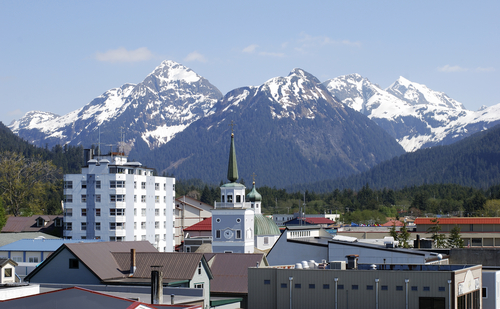 The U.S. Army Corps of Engineer’s Alaska District military construction budget was cut from $269 million in fiscal year 2012, to $48 million in 2013.

“If QRM gets enacted, it will not bode well for the housing market. It’s very onerous,” Alaska Association of Realtors President-elect Michael Droege said.

Droege added that homebuyers will be required to provide more detailed proof of income than in the past and lenders will have to be more up front about variable interest rates and fees. Banks also will no longer be able to charge certain prepayment penalties.

Passed in 2010, the legislation was designed in large part to avoid another housing market collapse by preventing prospective homeowners from taking on mortgages they couldn’t afford.

Depending on how Dodd-Frank is implemented, Droege said he expects a tight credit market to continue through the end of the year.

At the recent Annual Commercial Real Estate Forecast Luncheon in Anchorage, speakers said to expect less new construction in 2013 than in 2012. Per Bjorn-Roli of Reliant LLC said several projects have been proposed, “but it looks like none are going forward. This could mean we have no deliveries (opening of new buildings) for the first time since 1999.”

In a press release published in March, 2013, regarding the Anchorage real estate market, RE/MAX wrote, “key indicators point to conditions for a seller’s real estate market this spring. With fewer homes on the market, low interest rates, rising home prices and lower unemployment rates, there will be increased competition for buyers and faster sales for homeowners looking to move. With some planning and understanding of the market, it’s possible for both groups to make the most of this evolving marketplace.”

The Building Owners and Managers Association of Anchorage recently indicated that commercial rent prices are stable and that new big name stores – including outdoor and hunting store Cabela’s, Pita Pit, Hard Rock Café, and Whole Foods – may be interested in moving into the area.

Eagle River Realtor Eric Bushnell recently wrote, “What will 2013 bring? Many people are saying that 2013 will be a great year. I believe that we will good times and slow times in the coming year. 2012 saw growth in the number of homes sold in the Anchorage and Eagle River markets. The Mat-Su Valley was closer to flat, with gains in some areas and losses in other. Most will agree that the average home value increased between 1.5-3.5 percent.”

Bushnell continued, “as we move through the year I believe inflation and interest rates will drive the ebb and flows of the housing market. Currently here in Alaska we have limited supply of homes on the market. Unless values increase 5-6 percent, many homeowners may not be able to sell their homes without taking a small loss. So for the first half of 2013 I believe the new construction market will do well.”

Fairbanks Realtor Wes Madden said the Fairbanks real estate market is better than it has been in nearly a year. “Inventory has continued to decrease to just 214 active single family home listings,” he wrote in a recent Realty Times report. “At the current rate of selling (24.6 percent), this inventory gives us four months of inventory, which would be considered a healthy balanced market and slightly trending towards a seller’s market. Sellers are still averaging 98 percent list to sale price and the average days-on-market is at just 75 days for the homes that have sold within the past 6 months. Conversely, the average days on the market for homes that did not sell, is 124. With the continuing influx of military buyers and the decrease in sellers willing to list and sell their houses in the winter, I expect market conditions to trend further towards a sellers market.”