The real estate market is slightly improving in Kansas, and experts predict it will continue on that course through 2013. 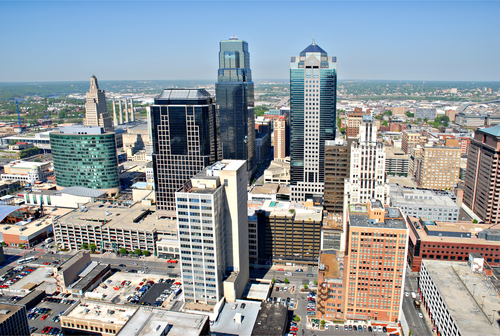 According to coverage in the Wichita Eagle (“Real estate forecast in Wichita area: Market is improving”), “Jerry Gray, vice president and general manager of Weigand’s commercial/investment division, said the way to characterize business in the real estate industry in 2013 is what he generally says when he’s asked out and about in the community: ‘Not bad. The markets are improving, and we expect this to continue.’”

John Stearns, a reporter with the Wichita Business Journal, summed up the J.P. Weigand presentation with the following:

A March American Family Resources blog post (“Wichita Real Estate Outlook”) highlighted the positive side of the Wichita real estate market. “Wichita felt the full brunt of the 2007-2008 real estate collapse, but the region’s housing markets have slowly started to move toward recovery,” it reads. “In December 2012, Wichita housing sales were up 9 percent from the previous year, reaching their strongest point since 2007.

“According for the 2013 Kansas Housing Markets Forecast compiled by the Center for Real Estate at Wichita State University, sales of single family homes in the Wichita area are expected to rise 4.2% in 2013. This growth is fueled by consumer demand, as the ongoing economic recovery and record-low interest rates make buying an attractive option for many consumers.

“The renewed interest in home buying has had an effect on other industries in the region. Local builders are reporting growth in new home construction. Many of them are reporting their strongest numbers since 2007, and all anticipate further growth to come. The number of single family home construction permits reached its highest monthly level for the second time in 2012 on October 1st. Additionally, the overall number of home construction permits issued in October 2012 was up by over a third from its counterpart in 2011.”

There is, however, one dark cloud on the Kansas 2013 real estate outlook horizon – Forecastcharts.com predicts Wichita’s real estate market is facing a downward trend for three years.