Shreveport, La. was one of 10 U.S. cities named by Forbes magazine as the best for offering affordable median home prices and dwindling inventories of homes for sale. 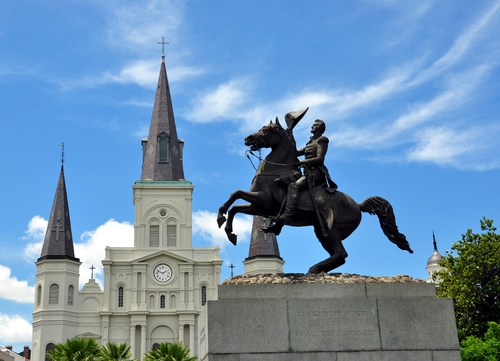 The magazine based its choices on the latest survey of conditions in 146 major markets for one year, starting in December 2011.

Detroit took the No. 1 spot, while Shreveport squeaked through with a No. 10 ranking.

Forbes wrote that “Shreveport is affordable, has strong job growth (unemployment rate of 5.5 percent) and has seen its median list price for houses jump nearly 3 percent during the past 12 months. The city forecasts another 1,500 new jobs to be added to the economy in 2013 – a good sign that the real estate market should remain vibrant.’’

New Orleans, meanwhile, is back in real estate action after a yearlong slump in 2012. According to the AFR Mortgage blog, NOLA home prices are set to rise in 2013. The blog reads in part, “while Louisiana home markets never saw the high volumes of foreclosures that occurred in other states, peaking in 2010-2011, the sales of those properties were also relatively slow to recover. The inventory of single-family homes across the city also grew rapidly due to the construction boom following Hurricane Katrina. In 2008, home construction in the city reached a 13 year peak and has since leveled off. Much of this inventory remains in surplus.

“Further factors, unique to the New Orleans local market, shaped the last year’s home sales. As the city rebuilt itself following the devastation caused by Hurricane Katrina, job growth boomed across the metro area. In 2011/2012, that growth began to level off, as did the influx of recovery funds from FEMA and similar agencies. This was further exacerbated by the closure or relocation of some large local employers, most prominently Northrop Grumman’s Avondale Shipyard and the NASA facilities in eastern New Orleans. While the city’s economic future looks strong, this shakeup in the job market led to 12 months of minimal growth.

“As we move into 2013, however, the market looks much stronger both nationwide and in the New Orleans area. According to Forecastcharts.com, a website that evaluates, charts and predicts the movement of financial markets, the forecasted trend for the New Orleans real estate market in 2013 is up. Additionally, they project that the upward trend in the price of single family homes will continue for the next three years.”

The New Orleans tourism industry is back on track, which is further contributing to the city’s positive real estate outlook. Factors that contributed to increased tourism include recent renovation of the Louis Armstrong International Airport, expansion of cruise passenger service out of the Port of New Orleans, and the addition of a new street car line linking downtown with public transportation.

Residential construction is picking up speed with multifamily units being built across the city at a brisk clip.

Investors are beginning to view the city with interest as a second home market.

In March of 2013, about 400 people attended a New Orleans Redevelopment Authority property auction at the Morial Convention Center.

In a recent blog post, Southern Title touted New Orleans´ recent regional and national recognition for its general economic growth and consequent positive impact on local housing demand and pricing. ¨In the Greater New Orleans area, the average value of sold properties is $198,000, up roughly $2,000 from 2011 levels,¨ reads the post. ¨While these levels are down from 2010′s high (which is likely a result of the real estate crash eliminating a lot of smaller value transactions from the market), we remain above 2008 levels, indicating that we have are not seeing broader average price declines (though there are definite pockets of declining prices across the area).

In March, WAFB reported that IBM plans to locate a new technology center with employee housing in Baton Rouge (“IBM coming to Baton Rouge, creating 800 jobs”). The office facility, which will provide software development and maintenance services, will allow creation of 800 jobs. IBM plans to spend building the mixed use complex.

According to the WAFB article, it will be an “eight-story office tower … with 95 river-view apartments and nine townhomes.

“The new complex will be the first high-rise riverfront residential and office buildings in Downtown Baton Rouge in over half a century.

“The software center will be eight stories and encompass more than 220,000 square feet of mixed-use office space. The two towers will be connected by a 24,000 square foot private terrace overlooking the Mississippi River. Total square foot of the entire multi-use complex is 455,000 square feet.”

IBM plans to finish construction of the office tower in spring of 2015, and the residential complex the following summer.

The State of Louisiana and City of Baton Rouge/East Baton Rouge Parish are partnering to build the office building.

According to WAFB, “IBM will take up the entire office building with software engineers and related staff. The Wilbur Marvin Foundation will own the building and collect no rent for at least 15 years, only a fee from the state and IBM to cover operating costs. … The project involves about $74 million in public money over 12 years. Louisiana Economic Development is offering $29.5 million over 12 years – including $1.5 million in local money – for workforce costs and facility operation. … It’s to be developed by the Baton Rouge Area Foundation’s real estate trust. The state is also providing $14 million over 10 years to increase the number of computer science graduates in Louisiana. At least 65 percent will expand Louisiana State University’s computer science division.”

Apartments in the residential tower will feature balconies overlooking the Mississippi River. Units will range from 500 to 1,000 square feet.

Of news that IBM will locate in Baton Rouge, Louisiana Gov. Bobby Jindal said, ¨for Baton Rouge, I think this may be the single most important announcement. It is that transformative.”