The sale of existing homes is soaring in Oregon as home prices plummet and lower interest rates drive buyers into the market. But discount priced 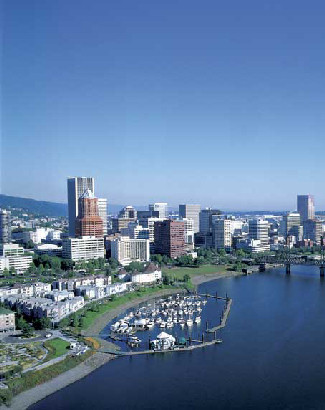 properties are getting lean in some areas of the state as foreclosures and bank assisted short sales dry-up.

The influx, however, of foreclosures is projected to increase in 2012 as lenders release thousands of homes on to the market in Oregon housing markets after formally taking them back from their owners. The foreclosure crisis is driving home values south, and doesn’t have any end in site.

Portland home sales are soaring as buyers take advantage of the best conditions for them in decades. But the market isn’t out of trouble yet. An over-supply of foreclosures and homes that have not yet been formally taken back by lenders, keep any sort of recovery at bay. Home values continue to slide after more than four years.

Portland should witness an increase in sales in 2012 but a weak job market and lay-offs among high-tech firms in the region will keep home sales, including condos sluggish. Portland is forecast to sustain another year of falling home prices, netting 5.1% less.

The volume of sales is also rising in Eugene, which more than doubled in population during the real estate bubble. However, the market is beginning to demonstrate the beginning of stabilization as values and the inventory of homes listed for sale decline. The over-supply of homes had pressured the market for three straight years before homeowners who couldn’t sell their homes for

their high asking prices started removing them from the marketplace.

The swelling inventory of homes has been cut by a fifth to put the market more in line with demand. Pushed by low mortgage rates, home sales should increase over the year in Eugene on forecast deflation of 5.4%.

A bloated supply of homes and a banking environment that allowed anyone who could sign their name to obtain a mortgage eventually ended in Salem, where the housing market stalled for nearly two years before home sales improved. Now after prices have dropped so much most people would think things would begin to show signs of a healthier real estate market.

But a record number of foreclosures and nearly one out of three homeowners underwater on mortgages trouble the region.

Home sales should improve over time, with housing prices forecast to drop another 4.5% in Salem by years end. In Medford the market will also see sales pick-up towards spring time on deflation projected to average 5.6% for the year.

The vacation home market makes up most housing sales annually in Bend, where snow skiers flock to ski down the mountains. The region has seen tough times after the real estate collapse, and is forecast to see home prices decline an additional 6.7% in 2012.