Meanwhile, although the housing market in Rhode Island seems to be headed in a positive direction, the same cannot be said about the state’s economy. The index issued by the Center for Global and Regional Economic Studies at Bryant University and the Rhode Island Public Expenditure Council indicates a certain degree of growth over the fourth quarter of 2014. However, that very same index looks like it’s weakening, in spite of some appreciable recent increases. Some hope does shine through, with respect to the pace of economic growth that Rhode Island saw last year. Economic growth in the state outpaced the national average, by scoring a 4.72 percent boost. Despite this positive evolution, Rhode Island Governor Gina Raimondo says the state’s economy is “stuck in neutral”. This doesn’t necessarily have to be taken as a negative statement, given the numerous years of negative performances of the Rhode Island housing market that came before this one. 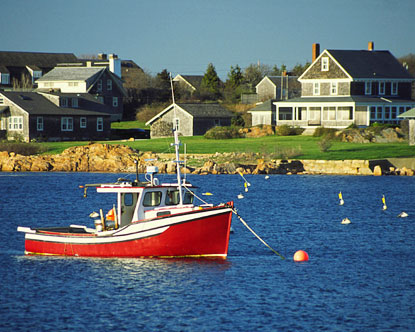 The Providence Rhode Island real estate market is not exactly typical of activities in the entire state; however, since Providence is Rhode Island’s biggest cityf, analyzing its market is somewhat relevant for the rest of the state. As of the writing of this article, the median price for a single family housing unit in Providence Rhode Island real estate stood well over the national average. This median value stood at $241,500 for the Rhode Island home, which is $33,000 above the average at U.S. level. This is not the only positive sign regarding this particular market. What’s more, over the past year home prices in Providence, RI have gone up by 6.0 percent, while the national average only stood at 5.7 percent. This has actually been the case for the past three years. On the other hand, the past three years have seen average housing values across the United States go up by some 28 percent on average, while Providence, RI, only experienced an increase at half that pace. However, the experts point out that, in terms of year-to-year gains, the situation looks favorable for the Rhode Island City.

Aside from the obvious advantage of price increases for single family homes, the Providence Rhode Island real estate market has another edge. Local home owners have managed to acquire a decent amount of equity, which, in turn, has upped the activity ante on the local housing market. This is a strong sign of recovery, which has determined several real estate experts to finally breathe a little bit easier, trusting that the worst part of the recession and the economic downturn which followed in its wake, are finally over. The year-on-year rate of appreciation for homes bought on Providence stands, on average, at $17,076, higher than the national average of $14,170. Homes purchased in Providence seven years ago and nine years ago, respectively, have depreciated by $6,456 and $15,532 respectively.

Another aspect that is likely to influence our housing market predictions for Providence, RI this year is the evolution of employment. The job sector in Rhode Island has shown some signs of improvement over the past few years, but its growth is still below the level of the national average. There is some sign of positive improvement, since in 2014, Providence saw a 3 percent drop in unemployment. Its current level remains high, though, standing at 6.2 percent. Unfortunately, the outlook is not as encouraging for the coming months, since there are slim odds of massive employment growth in Providence. So long as the local economy doesn’t see a massive boost, it is unlikely that the housing market will significantly pick up.

The one element that will likely trigger a fairly decent level of activity on the Providence Rhode Island housing market is the city’s relative affordability. There are other, more affordable markets in the state, such as Toledo – yet Providence remains one of the most affordable housing markets in the United States. Only about 11.1 percent of a household’s income is spent on mortgage rates, which is far superior to the nationwide 15.1 percent. With about 59 percent more homes on the market in early 2015 than at the end of the fourth quarter of 2014, Providence will probably evolve into a resolutely buyers’ market. On the other hand, though, it’s important to note that there’s still a significant number of distressed residential properties on the market in Providence. Not only this, but, on a year-to-year level, the number of foreclosures in the city has increased by 3 percent, while their average price lost about 20 percent. While this might negatively impact the market, it will probably also encourage investor activity in the city.

As far as the city’s most popular neighborhoods go, we predict that they will be Blackstone, College Hill, Federal Hill, Fox Point and Elmhurst. The first two have drawn the most attention, while Wayland is coming up strong in terms of investment potential. Wayland housing prices dropped by roughly 5 percent in the course of a single week early this year, which might interest those on the lookout for a bargain.