Montana, the state with two unofficial nicknames – Big Sky Country and The Treasure State, is one of the northernmost mainland states in the US. It also shares its northern border with the southern borders of British Columbia, Alberta, and Saskatchewan. 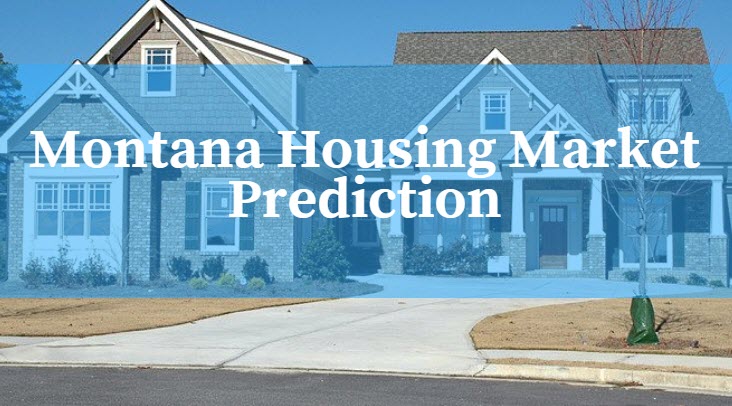 The state is quite large – the fourth largest in the area behind California, Texas, and Alaska – but is very sparsely populated. Having only 1,042,520 residents, the state is ranked as the 8th least populous state and the 3rd most sparsely populated state in the nation.

Montana is largely characterized by its mountain ranges. As the Rocky Mountain range makes up a big portion of the area of the state, the eastern part of the state is mostly prairies and badlands.
The economy in Montana is composed primarily of agriculture. Mostly grain farming and ranching businesses. Other elements of the economy in Montana include oil, gas, coal, hard rock mining, and lumber.
The state also has a rapidly growing tourism industry. There are over ten million visitors a year to Glacier National Park and Flathead Lake. Also in the Missouri River headwaters, the site of the Battle of Little Bighorn, and three of the five entrances to Yellowstone National Park.

Home values are on their way up in Montana, as they have been for a few years now. This trend is likely to continue – making now a prime time to purchase a home.

According to Zillow, “The median home value in Montana is $223,414. Home values have gone up 7.0 percent over the past year and… they will rise 3.8 percent within the next year.”
The average home value in Montana is higher than the national average. The rate of borrowers in the state who are delinquent on their mortgage is lower. The rate of delinquent mortgages in the Montana housing market is less than one percent while the average nationwide is about 1.6 percent.
Home values in the state dip slightly with the seasons, as in to be expected in most traditional housing markets. It has steadily increased at the macro level since the trough in February 2012, though.
The National Association of Realtors, or NAR, reported a more than 5% increase in home sales in the third quarter of 2017. It states that “Assuming similar conditions, prices will likely move similarly.”
With too many housing markets, the Montana housing market is experiencing a shortage of available homes. This happens in certain regions across the state. This shortage is due to steadily increasing job growth and the limited ability of construction firms to maintain supply.
Housing permits issued have slowly been rising in the state. It is more than likely that job growth will continue at its current rate. New home construction will eventually catch up to the same level as the Montana housing market.
External factors such as increased job creation, or the inability of construction firms, can always come into play. NAR reports predict stability in jobs and growth in construction.

Best Places to Live in Montana

The Montana housing market has a lot to offer all across the state – but certain areas stand out.

That’s the case with Bozeman, Montana. Bozeman has been ranked the best place to live in the state of Montana. Bozeman has an “A” rating in public schools.  Also included are outdoor activities, nightlife, and health and fitness.
Homes in the area can be hard to find. Less than half of the residents in the town own their home.
This is, however, a great indicator of strong potential for value appreciation if you do decide to purchase a home in Bozeman. The median home value in Bozeman is about $100,000 higher than the national average. The average monthly rental costs in the town are lower than the national average.

In the Montana Housing Market, It’s All About Persistence

The Montana Housing Market is one that constitutes a wise investment. Home values continue to increase, as does job growth, and overall the state offers unrivaled natural beauty. However, because of these attractive aspects of the state, it can take some patience to find an appropriate home to invest in.

As with any real estate purchase, act wisely. Evaluate the specifics of the Montana housing market at the time you intend to purchase.