In an effort to protect consumers from additional fraudulent behavior by banks, the California attorney general has appointed an 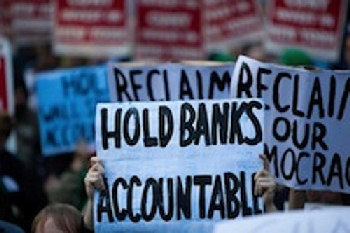 independent monitor to oversee the nation’s five largest banks performance in $18 billion worth of benefits that will be split up between homeowners.

Attorney General Kamala Harris announced the appointment of University of California Irvine School of Law professor Katherine Porter to the post. The decision to appoint the independent monitor comes nearly five years after consumers complained to law enforcement authorities that they were being ripped-off by banks foreclosing on their homes.

California secured $18 billion in benefits as part of a national settlement to penalize robo-signing and other bank servicing and foreclosure misconduct. The agreement comes after the state departed from the multistate negotiations last September when relief to California was estimated at $4 billion. Harris insisted on more aid for the most distressed homeowners.

A $25 billion settlement worked out with the nation’s largest five banks, including Bank of America, Wells Fargo, CitiGroup and JP Morgan Chase in the U.S. robo-signing scandal is separate from California’s settlement. Federal regulators are auditing as many as 4.5 million foreclosures that may have been part of bank servicing company forgeries committed following the real estate bubble.

Harris will be responsible for holding banks accountable for their commitments to the state of California to work with mortgage borrowers to modify troubled mortgages, and settle with homeowners who were wrongfully foreclosed from their homes.

“Hundreds of thousands of California homeowners will benefit from the commitments of up to $18 billion extracted from mortgage lenders,” said Harris. “We must enforce full and timely compliance with these commitments, and the appointment of Professor Porter as our California monitor is central to that enforcement.”

“I will work hard to make sure banks hold up their promises to change troubling practices so that families and communities across California see the benefits of the settlement,” said Porter, who will work with other attorneys to oversee the plans implementation. “Part of repairing the damage of the mortgage crisis is restoring public confidence that our largest financial institutions will treat consumers fairly and follow the law.”

Porter is a professor at University of California, Irvine School of Law, specializing in commercial and consumer law, including mortgage foreclosures and bankruptcy. Porter has worked with other government entities, including the Federal Trade Commission and the Consumer Financial Protection Bureau on issues relating to mortgage servicing problems.