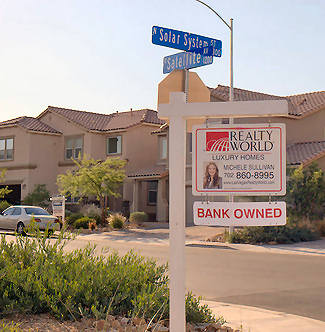 robo-signing scandal. The foreclosure inventory remains at near all-time highs with 4.12% of all  U.S.  homes with mortgages in the foreclosure pipeline, according to Lender Processing Services.

However, new problem loan rates showed an improvement for the eighth consecutive month, reaching only 1%, a low that hasn’t been seen since July 2007, substantially off its January 2009 peak of 2.92%.

The nation’s five largest banks agreed to a $25 billion settlement with all but one state attorneys office in a landmark case in which lenders foreclosed on as many as 4.5 million homeowners without proof of legal ownership in the robo-signing scandal in judicial foreclosure states, where foreclosures require court approval.

“Both these figures are significantly higher than the pre-crisis average of 0.5%, but it is worth noting that the average year-over-year decline in non-current loans for judicial states is less than one percent, whereas in non-judicial states, it’s down 7.1 percent,” said Blecher.

About 53% of loans in foreclosure in states where judicial foreclosures are required have been delinquent more than two years, compared to slightly more than 30% of loans in non-judicial states. The May data also shows that after a sharp seasonal decline, delinquencies stabilized in May to compose 7.2% of  U.S.  home mortgages.