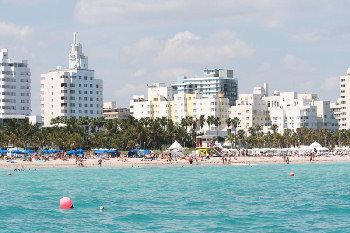 is on the mend from the worst crash it has ever experienced.

Not all Florida home prices are climbing yet, but in Miami Beach and other well off areas of surrounding Dade County the housing market is on the upswing, and it has landed on the Best 25 Housing Markets forecast for 2012.

As sales eclipse record numbers as a result of pent up demand, and much lower prices than at the peak of the market, the rest of Florida should follow suit. However, the economy in hard hit Florida is still suffering, amid one of the highest foreclosure rates in the nation with high unemployment, pushing just a few markets on to the highly coveted best 25 market list for the year.

On the other end of the specter is Michigan, but some cities outside of hard hit Detroit are experiencing multiple offers for homes that are just listed, providing a major turn around for one of the nation’s hardest hit regions.

Higher prices paid for crops are causing an increase in home sales and higher prices are projected in Kansas, Indiana and Nebraska, all of which find cities on the Top 25 list. Five years after the housing market crashed in most areas of the country, higher home prices are forecast in a larger number of U.S. cities.