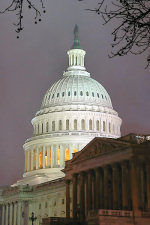 Half way through the first year of his administration, President Barack Obama has major problems still brewing with the economy triggered by the real estate crash. Hardly anyone expected the Obama Administration to pull off miracles and resolve the troubled economy rapidly.

But hopes seem to be diminishing for a turnaround any time soon. The Obama Administration and the U.S. Treasury are frustrated at efforts made to resolve the foreclosure epidemic.

market set new all-time housing prices in most areas of the country. Prodded by financial incentives, government officials entrusted bankers to do the right thing and negotiate with home owners to modify mortgages. The plan was intended to refinance 5 million mortgages, but bankers have lacked the depth, time-table and enough trained employees to handle the growing crisis.

Foreclosure filings reached a new threshold in June, according to real estate foreclosure firm RealtyTrac. Foreclosure notices were filed against more than 1.5-million properties in the first half of the year, which clearly demonstrates that foreclosures are climbing rather than declining.

The reality of the foreclosure epidemic is that time has run out for millions of homeowners, and millions more are on borrowed time struggling with defaults. Rising unemployment is feeding the foreclosure frenzy along with a faltering economy and falling home values. The time has come for the Obama Administration and Congress to realize the programs thrown at the housing mess just aren’t working, and new aggressive programs need to be instituted.

RealtyTrac CEO James Saccacio is a former executive at Bank of America, who has a rare understanding of the crisis. “Stemming the tide of foreclosures is a critical component to stabilizing the housing market,” said Saccacio. “So it is imperative that the lending industry and the government work in tandem to find new approaches to address this issue.”

Saccacio was an Assistant Vice President at B of A in the Corporate Banking Division, where he was responsible for lending programs to top Fortune 1000 companies.

An increasing number of homes are going to foreclosure because of climbing unemployment. These days’ banks, including Bank of America, which bought troubled Countrywide with a ton of bad mortgages, are slashing prices on foreclosed properties to unload the inventory with more than 2.1-million vacant homes across the country.

Whether it’s politically popular or not Congress and the administration are going to have to come up with a series of bold new steps to halt the epidemic, despite banking lobbyists’ attempts to derail new efforts before the recession deepens. All sorts of other economic concerns have followed suit as the crisis works its way into every part of the nation. Goldman Sachs now estimates 13 million foreclosures on all types of loans through 2014.

The foreclosure epidemic is a sad tail of an economy in chaos for the nation, and an economic tragedy for those struggling with foreclosure as the country sets new records monthly with mounting foreclosure numbers.

Perhaps the best answer to the foreclosure epidemic is to force lenders to negotiate with homeowners backed by government financial assistance. Sooner or later the government will bare the brunt of the foreclosure epidemic and tax-payers as always will foot the bill. The sooner Congress realizes this is their time to take bold unprecedented steps in times of crisis, the sooner the U.S. will start to see tangible signs of moving forward.