Nearly mid-way through the year 70 U.S. cities housing markets are forecast to recover in 2012, and some of them are already making 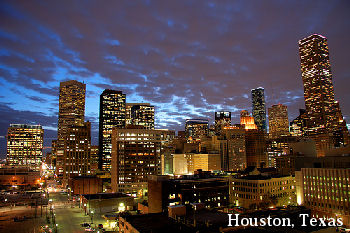 successful inroads on their way with appreciating home prices.

The cities include five that were forecast by Housing Predictor at the beginning of the year to appreciate in value, including Miami, Florida which is seeing unparalleled appreciation in the single family home market and condominiums.

Home sales and prices are also climbing in Oklahoma City, which has long been considered out of the damaging real estate collapse.

The Houston, Texas economy has experienced steady growth due to the oil business, despite declining crude prices. A growing medical community and an affluent financial district are pushing real estate values higher as demand for homes in many especially high-end neighborhoods grows.

Education and health care are pushing home values in Buffalo, New York, which has seen foreclosures practically dry up. An art scene and affordable housing has set off a buyers frenzy that has resulted in multiple offers on many existing homes listed for sale.

Omaha, Nebraska is also the candidate of an increasingly healthy housing market. Home values didn’t see the major drop they have elsewhere and prices are slowly making their way higher. Omaha’s slow growth rate and heavy concentration of financial businesses contributes to one of the lowest unemployment rates in the nation, which translates to more people who qualify to buy homes.

Some of the 70 cities projected to see housing prices climb during the remainder of the year are located in areas that have been some of the hardest hit, including Phoenix and Tucson, Arizona. Home prices are expected to continue to increase in Phoenix, despite an expected rise in foreclosures released by banks on the market towards the end of the year.

Other cities in Florida, Alaska, Texas and the Mid-West are projected to see healthier home values by years end. Higher prices paid for soy beans and corn in Kansas, Nebraska and Iowa are also pushing home prices along with a number of other states along the eastern seaboard.