By Mike Colpitts
California lawmakers have passed a groundbreaking series of foreclosure relief bills that proponents hope will spur similar legislation for homeowners across the U.S. The bills 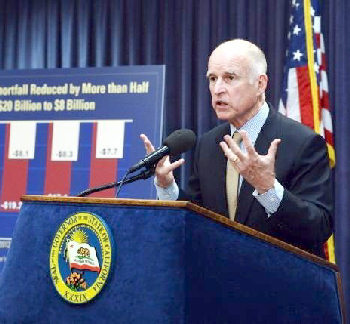 are the first of their kind in the nation, and California Governor Jerry Brown says he will sign the Homeowners Bill of Rights into law.

The legislation halts mortgage lenders from pursuing a foreclosure against a homeowner while the owner is seeking a modification. The bills were approved by wide margins in both state legislatures, 53 to 25 in the Assembly and 25 to 13 in the Senate.

Under the new law banks will also have to verify mortgage documents are held by the lender before filing a formal foreclosure and provide legal copies of documents to borrowers on request. The provision is close to a Nevada state law that went into effect earlier this year, requiring lenders to file legal documents proving proof of legal title to foreclose on a home at the same time a foreclosure is filed.

About 1-million California homeowners lost their homes to foreclosure between 2008 and 2011, with another 700,000 currently in the foreclosure pipeline, the most in any state. The bills are designed to urge banks to work with homeowners at risk of losing their homes to foreclosure. The bills also extend protections that were agreed to by the nation’s five largest banks in the $25-billion robo-signing settlement to all mortgage holders.

“The Homeowner Bill of Rights will prevent banks from throwing Californians out of their homes while they are trying in good faith to renegotiate their mortgages,” said Gov. Jerry Brown in a statement. “This bill establishes important consumer protections that are long overdue.”

The new law will impose civil penalties on lenders up to $7,500 for each offense for filing faulty foreclosure documents, a practice commonly known as “robo-signing.” Mortgage borrowers will also have the right to sue lenders in court to protect themselves from violations of the protections.

Los Angeles Assemblyman Mike Feuer championed a provision of the legislation that sets the California law apart from the national robo-signing settlement, giving mortgage borrowers the right to sue for “significant material violations.”

“If the rules of the game are violated, borrowers have the right to say no,” said Feuer. “They will not be kicked out of the home they have lived in for decades unless the rules are followed.”

The changes will go into law Jan. 1, 2013. The new law will also require banks to provide all borrowers with a single point of contact when seeking a lenders’ representative to discuss a mortgage. The law also requires lenders to either approve or deny requests for a loan modification, and forces lenders to provide a clear explanation of their decision.