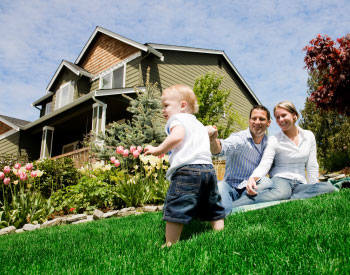 producing the lowest rate on record, according to Freddie Mac.

The rate fell from 3.66% the previous week and has been below 4.00% since the beginning of the year. Rates on adjustable loans and the shorter 15-year fixed mortgage also dropped. The 30-year loan has fallen to match lower levels all but 10 of the last 11 weeks.

The historic drop has been beneficial for the U.S. housing market. Existing home sales rose in May to reach the healthiest pace in two years, according to the National Association of Realtors, with the pace of sales ahead of last year for this time in the summer selling season.

The upturn in sales suggests a growing number of consumers are re-gaining confidence in the housing market, despite a pent up supply of foreclosures expected to hit the market later this year. The discount priced foreclosures should, however, also produce another increase in sales as more homeowners walk away from mortgages they can no longer afford, and others deal with unemployment or underemployment. The government reported unemployment remained the same Friday at 8.2%.

Pending home sales also bounced back in May to match the highest level in two years. Monthly and annual gains were experienced in every region of the nation, providing an additional incentive for buyers. Pending sales, however, are only those that are counted as temporary until all contingencies of a contract are cleared, including home financing, which many are having a difficult time with in the present economy.

The NAR pending home index rose 5.9% in May to 101.1 from only 95.5 the previous month. The forward looking indicator also reached the same level in March, the highest it has been since April 2010 when the federal home buyers tax credit was still underway, which artificially energized home sales for a short time, raising home prices temporarily.

The chief economist of the National Association of Realtors says the housing market is in a recovery mode. “The housing market is clearly superior this year compared with the past four years,” said economist Lawrence Yun. “The latest increase in home contract signings marks 13 consecutive months of year-over-year gains.

“Actual closings for existing home sales have been notably higher since the beginning of the year and we’re on track to see a 9 to 10 percent improvement in total sales for 2012,” said Yun. However, the pace of home sales is still off historically healthy standards. Many perspective home buyers are having trouble qualifying for home loans or cannot afford larger down payments required by banks.