Following years of hard times, declining home values and a record volume of foreclosures, the housing market is finally hitting the bottom 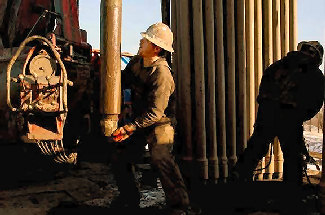 in at least some U.S. cities, and it can’t come soon enough for plenty of others.

North Dakota, South Dakota and parts of Texas are booming with oil and natural gas exploration driving many home prices higher. A delayed recovery, however, will be in effect for much of the nation as the country deals with record long unemployment, bank mortgages that went sideways and the highest number of underwater mortgages in a generation.

The corn-belt is feeding a buying frenzy in Kansas, Iowa and Nebraska, where lower home prices and record low mortgage rates have coupled to drive the reemergence of home sales.

Minot, North Dakota isn’t exactly a metropolis with just 69,000 residents, but summer flooding damaged or destroyed hundreds of homes. Minot Air Force Base and booming oil fields are attracting newcomers to the region for jobs, which has sent the market into an upward spiral.

Bigger Bismarck doesn’t have enough housing for all of its new residents, and neither does Williston, which will see more homes built over the next two years than the last dozen. 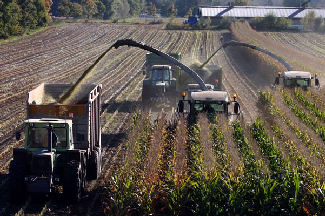 The Black Hills of South Dakota are attracting energy workers looking for work, sending the city into an upturn. Rapid City may be experiencing problems related to infrastructure as a result of a growth spurt projected to last at least the next five years.

The weather is a bit warmer in some of the energy rich regions of Texas that are experiencing housing market bottoms. Lower home prices and better job figures are helping energy rich Houston recover from its housing slump. Home prices aren’t expected to soar in the state’s biggest metro area. They never really ever have but values are projected to improve as the area works through the last stages of the bottom of the market.

In the panhandle, oil rich Abilene is also one of the luckier cities in the state, and is forecast to appreciate in average home values during 2012. Further West in El Paso, the market is in a full-fledged recovery as demand out-weighs supply.

In Omaha, Nebraska and smaller Lincoln higher prices being paid for corn for ethanol production and stronger job markets are spurring increases in home values. The cities weren’t really ever slammed by the financial crisis, and have already hit their bottoms.

Kansas City, Kansas has left the bottom of the market behind as higher prices farmers are collecting for crops paves the way to a recovery. Topeka should see better days ahead too, despite higher unemployment in the region.