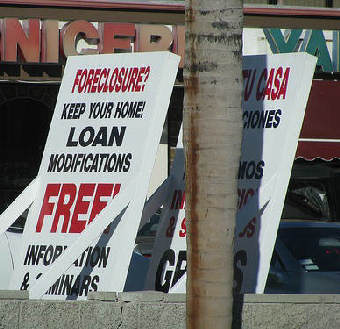 the government’s $25 billion agreement with the nation’s biggest banks.

The drop off in permanent mortgage modification tabulated by Hope Now, a private non-profit organization leading the effort to gain momentum in the foreclosure crisis, estimated 45,000 homeowners received loan modifications during the month.

The figure does not include modifications completed under the federal government’s Home Affordable Modification Program (HAMP), which has completed a total of about 1.1 million modifications since its inception.

“There are many moving parts in the foreclosure prevention process and we anticipate that one month will not define any significant trends,” said Faith Schwartz, executive director of Hope Now. “However, one of our key data points showed that we saw a decline in the total number of serious delinquencies, loans that are 60 or more days past due for February.”

Foreclosure sales and foreclosure starts both declined during the month, according to RealtyTrac. The decrease, however, comes at a time when bank servicing companies are working on their systems to increase the volume of foreclosures and short sales following the government’s settlement with the nation’s biggest banks over the robo siging scandal.

“Collaborative efforts between the mortgage industry, non-profit community and other stakeholders continue to evolve,” said Schwartz. “The common goal is to perfect the customer experience and educate homeowners on their alternatives to foreclosure.”