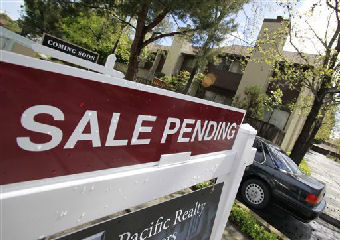 The National Association of Realtor’s Housing Affordability Index hit a record high in the first quarter of the year as lower home prices drove many purchasers to buy homes. Existing home sales also rose during the month of April to the highest rate since January at an annualized rate of 4.62 million homes, according to the U.S. Census Bureau.

The record breaking streak of low mortgage rates has sustained for almost a month as consumers remain concerned about the European debt crisis. The lower rates have gotten many consumers to refinance mortgages and to make home purchases. First time buyers have made up nearly one out of three home purchases.

The over-whelming majority of mortgage purchasers, however, are opting for fixed rate mortgages for longer term guaranteed rates. The majority of foreclosures the U.S. has suffered over the past five years have been of adjustable rate loans, which escalated too highly for many homeowners to afford.

New home sales, however, also rose last month to beat the market consensus among economists who monitor the changing conditions in the marketplace.