Nearly at their record lows, mortgage rates popped higher this week, up two basis points to 3.90% on a fixed 30-year mortgage, according 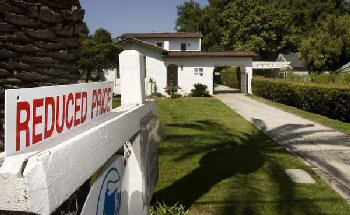 to Freddie Mac. Rates have been hovering near their record low levels for almost two months.

The shorter term 15-year fixed rate loan also popped two basis points higher for the week to 3.13%, a bargain for any home buyer. A year ago the same mortgage was 4.02%. Rates have been staying low as a result of the Fed, lower yields on Treasury bonds and increasing troubles in the European debt markets.

The 5-year Treasury indexed hybrid ARM averaged 2.78% this week, down from 2.85% a week ago. The 1-year adjustable also rose slightly by one basis point to 2.80%. Freddie Mac’s rates are gathered from a survey the giant mortgage lender conducts nationally every week.

However, few mortgage buyers looking to refinance their homes or make home purchases are able to obtain the lowest rates since it takes perfect credit to do so, and others are offered loans at higher rates.

Despite the slight movement in rates, little change has been detected in higher home sales either in existing sales or new home sales. Doubts about the  U.S.  economy and a back-log of homes waiting to be foreclosed by banks and mortgage lenders trouble the marketplace.