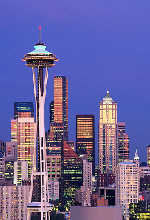 Shake Up in Worst Housing Markets

The most trusted real estate market forecasts have been released with the update of the Housing Predictor Worst 25 Housing Markets in the U.S. It isn’t news that housing markets are falling in value at unprecedented rates, but it’s what we have to deal with these days in what appears to be the worst economy since the Great Depression.

A shake up is taking place in the Worst 25 Markets as housing values fall in the majority of the country, despite government efforts to improve economic conditions. Home sales are increasing as a result of lower interest rates and lower home prices triggered by the foreclosure epidemic.

Detroit, Michigan has been at the top of the worst 25 list until now for 2009. Another marketplace has moved up the list to take its place as more housing markets across the country weaken substantially from the financial crisis.

The Worst 25 markets are issued at the first of each year and then updated throughout the year as local market conditions change. Housing Predictor forecasts more than 250 housing markets in all 50 states and provides real estate news on issues that effect real estate, including breaking news and analysis on efforts to improve market conditions.

Check your market forecast for 2009, the Worst 25 Housing Market list and search foreclosures at https://housingpredictor.com

A new forecast by Housing Predictor dot com details how the housing market will recover from its all-time unprecedented fall.

The forecast shows how the Obama Administration’s efforts with Congress and the Fed will drive the housing market back to good health. But analysts contend it will take years for a full recovery to occur. Housing Predictor forecasted the foreclosure epidemic and the real estate crisis as the first real estate research firm to do so more than three years ago.

Foreclosures have topped more than 4-million homes and other properties in the U.S. and are projected to top at least 7-million before the crisis fully unwinds. The after shocks of the foreclosure epidemic have sent home values in the majority of the country to lows equal to at least 2001.

Housing Predictor forecasts more than 250 local housing markets in all 50 U.S. states and updates its forecasts as market conditions demand.

An online survey by Housing Predictor found that an overwhelming majority of 85% surveyed said they have been affected by the real estate crisis in some way. The nation’s deepening recession is blamed on the crisis. As real estate markets begin approach their bottoms and the inventory of foreclosures are bought up at bargain prices the crisis will begin to wither away.

Read the full report on how the housing recovery will develop and how the recovery will unwind, check your market forecast and search foreclosures at https://housingpredictor.com

Despite a drop in the number of homes listed for sale from record highs, the majority of housing markets in the U.S. are experiencing the biggest buyers markets in history, according to a new study conducted by Housing Predictor dot com.

The drop in average home prices and record number of foreclosed properties are providing a haven for buyers, who want to become homeowners. The two factors have combined to produce a massive inventory of properties for home buyers to select from, despite the nation’s worsening recessionary economy.

Buyers are purchasing homes for as much as 70% off the markets peak highs in portions of California, Ohio, Florida, Michigan, Virginia and Georgia among other states, where the housing boom produced new record high prices. The volume of home sales in many markets in California and Florida has increased and is projected to rise more moving into spring time.

Markets are reeling from falling home prices with an unprecedented epidemic of foreclosures. An estimated 4-million homes have been foreclosed as the epidemic produced a bargain basement buyers market.

In a sweeping change of opinion, more than 1 out of 3 homeowners say that if housing prices continue to slide they’ll walk away from their mortgages, according to a new Housing Predictor survey. The poll demonstrates major changes in the way Americans feel about the U.S. banking system and their own financial well being.

Americans have historically felt responsible to fulfill financial commitments made to banks and mortgage lenders. Business models tracking foreclosures have figured that defaults would be limited to less than 6% of all home mortgages. The foreclosure epidemic has grown to become the nation’s worst financial disaster coupled with the credit crunch since the Great Depression damaging the entire economy.

Respondents to the survey are demonstrating they are fed-up with the way the economic downturn is affecting their lives. Some 36% surveyed said they would walk away from their homes if housing prices fall for a number of years. The credit crisis on Wall Street quickly spread to Main Street as more than 4-million homeowners from every corner of the economy had homes foreclosed.

Wall Street traders developed a series of new financial instruments to trade mortgage backed securities to fill a record supply of home mortgages, many of which were to subprime borrowers at first and then to conventional mortgage borrowers. A year after the crisis began a new national record high number of homeowners had shrunk to a record low.

Growing unemployment and worsening consumer confidence have led to an increasing number of foreclosures, despite efforts by the new Obama Administration in Washington and Congress to slow the epidemic of foreclosures.

Housing Predictor forecasts more than 250 housing markets and surveys visitors on real estate related topics. Check your market forecast, real estate news and get the latest on the foreclosure epidemic at https://housingpredictor.com