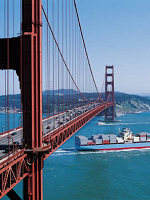 Real Estate Boom May be Forming

A new sort of real estate boom may be forming, despite the financial crisis, according to a new report by Housing Predictor. The epidemic of foreclosures is fueling a market of home buyers that don’t seem to care about why the crisis occurred, only that they can get a bargain on a home.

The powerful economic forces at work just may keep the nation out of an economic depression. All economic downturns have their winners and losers. The winners in this case are those who out-waited much of the downturn and are jumping off the fence along with an increasing number of investors, some of whom are buying homes for as little as 25 cents on the dollar from their markets peak highs. Housing Predictor examines the factors behind the developments. There are a number of other reasons why a new real estate boom may be developing in housing.

Housing markets are reeling from falling home prices with an unprecedented epidemic of foreclosures, which have topped 4-million homes, and new home buyers are getting some of the best deals in more than a decade.

Housing Predictor forecasted the national real estate depression, the foreclosure epidemic and regularly conducts Predictor Polls to gauge consumer sentiment on issues related to real estate. Get the details on just how the new real estate boom may be forming, search foreclosures and check the latest real estate news at https://housingpredictor.com

As the worst recession in a generation grips the nation, home buyers are coming out in numbers that haven’t been seen in years in California, which is joining Florida as the second state to pull into a housing recovery, according to a new report by Housing Predictor dot com.

Stronger home sales in the Golden State have begun to boost the California housing market out of the drudges and on the way to a full fledged recovery. The forecast recovery won’t happen right away in the nation’s most populated state. Housing Predictor analysts looked through the data and have done the research to determine just when the recovery will develop.

More than any where else in the country California knows the ups and downs in real estate, experiencing massive price swings. Following the Savings and Loan Scandal in the 1980’s some housing markets saw prices decline by as much as 80% from the markets peak. Its cyclical history is unequalled in American real estate.

Housing Predictor forecasts more than 250 local housing markets in all 50 states, and was the first real estate research firm to forecast the foreclosure epidemic and that the real estate crisis would make a major impact on the entire national economy.

Foreclosures now compose the over-whelming majority of home and condo sales nationally. Nearly 6-million additional Alt-A Option mortgages will reset through 2010. At least a third of those will not be able to be refinanced under present mortgage guidelines. As a consequence, millions of more homes will go into foreclosure and provide a growing inventory of property for sale at bargain hunter prices.

Check your market forecast, get the details on how California will recover and other real estate news at https://housingpredictor.com

The majority of those surveyed feel that the increasing number of tent cities plaguing the nation’s cities should not be shut down by government authorities and moved to other government managed facilities, according to a new survey by Housing Predictor.

The message is resoundingly clear: The government should not house the nation’s homeless.

The nation’s foreclosure epidemic and growing unemployment have produced the highest number of tent cities since the Great Depression. As a consequence, those evicted from foreclosed properties with no where else to turn have developed tent cities in communities across the country. They are scattered from Southern California to Rhode Island and dozens of communities in between as the course of last resort for the down and out.

Not since the Great Depression has the country faced the possibility of government intervention of the homeless at the level it is today with unemployment in some of the nation’s most populated areas topping 14%. The government accounting office estimates that there are now more than 1.4-million homes sitting vacant in America as a result of the foreclosure crisis and homeowners that are unable or unwilling to pay their mortgages.

However, there are signs that housing markets are improving in some areas of the country. Housing Predictor forecasts more than 250 local housing markets in all 50 states and provides real estate news. Visit https://housingpredictor.com

In an unprecedented turn of events Florida is pulling out of the housing downturn first, according to a new report by Housing Predictor.

In previous real estate depressions California has always been the first state in the nation to signal a turn around in the housing market. But higher home and condo sales in Florida that have lasted for more than a half year and increasing buyer inquiries signal the Sunshine State is making a turn for the better in real estate.

California has historically always led the nation in the recovery of real estate markets. But this downturn is different, triggered by the credit crisis, massive mortgage fraud and excessive securities trading on Wall Street in which mortgages were sold like commodity futures.

Record population growth in Florida may contribute to the more promising market after nearly a four year slow down in home sales, which started after the state was battered by a series of hurricanes and the financial crisis. As a result home sales turned sluggish in Florida before any where else in the country.

However, nearly two-thirds of all sales are foreclosures and short sale properties, many of which are not counted by real estate agents since they are sold at auction or by banks directly to home buyers. The new trend demonstrates better times are on the horizon for housing markets troubled by the credit crisis.

More banks in many Florida housing markets are beginning to make mortgages, especially locally based lenders, and nearly a fifth of all sales are owner financed.

Housing Predictor forecasts more than 250 local housing markets in all 50 states, and regularly tracks markets from coast to coast. Search foreclosures, check your market forecast and other real estate news at https://housingpredictor.com

Survey Shows Housing Prices to Fall Half or More

Slightly more than 1 out of 2 people surveyed said they expect housing prices to fall more than half from their real estate market’s peak, according to the latest survey by Housing Predictor dot com.

Some 52% of all those surveyed said home prices will drop more than half as the U.S. faces its worst deflating housing market since at least the Great Depression amid fall out from the financial crisis. The opinion poll also shows that Americans are more in touch with what is happening to the economy than they were when the national economy soured more than a year ago.

Eleven percent said they expect prices to drop by 60% or more, and another 11% said 70%. Only eight percent said values will drop 80% or higher.

The foreclosure epidemic sweeping the nation was triggered by new creative mortgages coupled with sophisticated Wall Street securities that traded home mortgages at record levels, netting billions of dollars in profit for bankers before the lending scheme got out of control.

The record supplies of home mortgages were made to subprime borrowers and conventional mortgage borrowers. Since that time more than 4-million properties have been foreclosed, and another 3.6-million are forecast to be foreclosed by Housing Predictor through 2010.

Housing Predictor regularly surveys visitors to its website on real estate related issues to gauge sentiment on important issues, and forecasts more than 250 local housing markets in all 50 states. Check your market forecast, search foreclosures and get the latest on the foreclosure epidemic at https://housingpredictor.com