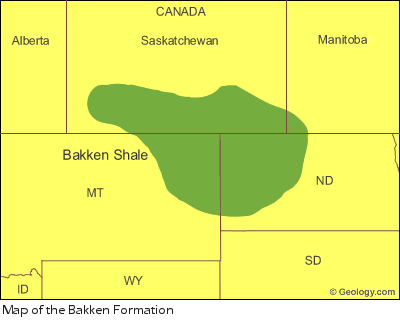 beauty. But an unlikely region of the remote northern U.S. holds a fortune for America’s future.

It’s the biggest oil discovery since Prudhoe Bay, Alaska and it will soon send real estate prices up to Bluesky territory. The windswept prairies are humming with oil rigs, and there’s plenty of other oil to be produced from the deposits.

The U.S. Geological Survey quietly issued a report in 2008 on the Bakken oil discovery in the Western half of North Dakota and Eastern Montana extending over the border into Southern Canada.

The Bakken is the largest domestic oil discovery since Prudhoe Bay, and has the potential to eliminate America’s dependence on foreign oil. Can you say real estate rich?

The Energy Information Administration estimates it at 503 billion barrels of oil. Just at an average of say $107 a barrel that adds up to a total of more than $5.3-trillion. 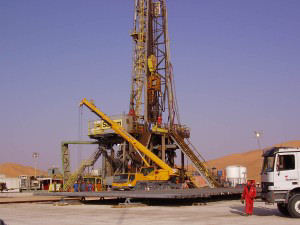 Oil companies like Chevron, Shell and Exxon had little interest in the discovery at first, but then changed gears after they determined it was more than profitable to recover the oil from shale formations. The oil exploration companies that were practically the first U.S. firms to discover greed saw the promise of fortunes, and have never turned back.

The formation consists of three parts and is heavily composed of shale and sandstone, which will need to be minded in order for the oil to be washed from the stone. But a large portion of the discovery is raw crude that can be pumped through underground wells and then refined into gasoline.

Whatever the size of this massive discovery, its sizeable black gold by any measure. “When I first briefed legislators on this, you could practically see their jaws hit the floor,” said Montana financial legislative financial analyst Terry Johnson. “They had no idea.”

Few people outside of the immediate area or the oil industry have actually had much of an idea or the size of the Bakken discovery. For decades U.S. oil exploration has seemed anything but fruitful, but those days are over with the Bakken find.

Land is becoming in short supply in the area ever since the discovery. Big oil companies are planning major exploration. Some have already begun drilling. Oil lease negotiators are swarming over the area and they’re snapping up land.