Improving tourism, near record low mortgage rates and lower home and condo prices may be leading Hawaii housing markets right into a recovery, but don’t expect the recovery to send the Islands into a partying frenzy in paradise just yet. 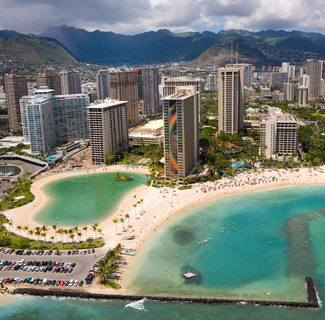 Home and condo sales are declining in Oahu in the face of the toughest economy in decades. While locals and vacation property owners hope for a rebound in home prices for the year to develop, a larger picture of a society in transition is taking place in the Islands, where tourism and second home vacation sales and rentals are the cornerstone of the economy. The over-whelming majority of the economy in Honolulu and the rest of Hawaii is dependent on tourism.

The volume of home and especially condo sales is projected to drop through most of 2011 as the area becomes more accustomed to a new economy less dependent on financing and bank loans and less leveraged. That isn’t exactly the kind of news that makes real estate markets boom, but it is the new reality of the money supply. As a result, home and condo sales aren’t expected to see their high levels again for at least a decade. In the mean time sales will improve, but remain fairly sluggish for the year. Honolulu home and condo prices are projected to take an average hit of 9.1% in 2011.

The free fall of Hawaii’s economy experienced last year appears to be over as building permits on the Big Island increase with home and condo sales that rose, but then slowed after the federal home buyer tax credit expired. Slumping home and condo prices are having a painful affect on the island even though they may act

as an eventual driver of higher sales. The low mortgage rates and bargain priced foreclosures are attracting activity as banks and mortgage companies slash the prices on properties to get them sold and off their books in the states second most populated city, Hilo.

Foreclosures plague the market and are driving down prices, especially on condos, which are likely to see their worst fall in more than twenty years from the real estate crash. Average home prices are forecast to decline 8.5% in Hilo in 2011. 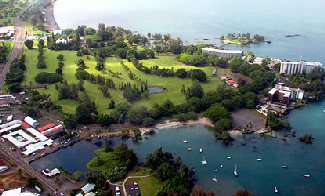 In Kauai, where sales are counted by the dozens instead of hundreds during just about any month, the sale of lower priced homes and foreclosures are accounting for just about all of the activity. Strict building codes limit the growth of Kauai, which is mainly a home for permanent year-round residents. Sales should continue their record of improvement over last year, but the market still, however, has a long way to go to stabilize as the islands battle through economic turmoil. Kauai average home values are forecast to deflate 7.4% by year’s end.

Driven by the federal tax credit, residential sales rose in Maui as home buyers came out to take advantage of the incentive, but then drastically slowed after its expiration. The slower sales are resulting in increasing price deflation, which is projected to sustain through 2011. Lower condo and home prices should, however, develop with more buyers paying cash as prices drop further and foreclosures are slashed in price to get them sold. Maui average price deflation is forecast to reach 8.2% in 2011.