Troubled by one of the highest monthly rates of foreclosures in the nation, Idaho’s housing market is battling to find a bottom amid the worst real estate crash in U.S. history. Home sales rose while the federal government was offering a special tax credit to buyers, but then tumbled like an avalanche after the credit expired. Tight mortgage lending criteria and high unemployment beleaguer the market as it moves into the New Year with little hope for a recovery. 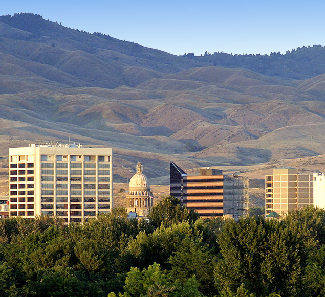 Homeowners are walking away from properties in rising numbers in Boise, the state’s largest metro area as home values slide. The loss of equity is causing many to lose confidence in the market. Job losses are another major source of foreclosures as bread-winners lose work and are unable to pay the mortgage. High jobless levels are also the impetus behind lenders remaining rigid over qualifying new borrowers for mortgages.

Unemployment is near the double-digits in Boise as businesses lay-off workers in retail, professional fields and construction, which has been slow for more than three years. Boise is forecast to sustain average housing deflation of 9.6% in 2011.

Federal aid is being sent to the region, but with rising foreclosures and high joblessness any sort of turn around is likely to take years without additional federal aid. The Hardest Hit Fund is targeted for the unemployed and underemployed, and more help is needed before the vacancy rate among homes with mortgages rises above those that are inhabited. Boise and its neighboring communities of Nampa and Meridian saw an explosion of growth during the real estate boom, more than most other boom cities in the nation.

New homes or homes built during the boom are now vacant in Meridian, which school district became the largest in the state during the boom. Bankers are working with some homeowners to do short sales but most in economic duress are ending up foreclosed as mortgage holders leave the keys on the kitchen counter in rising numbers moving to find work elsewhere. Meridian home values are forecast to decline an average of 10.2% by year’s end.

Vacant homes are a constant reminder of a boom that went bust in Nampa, where a tight job market is making it tough on many families. Despite near record low mortgage rates, home sales are sliding in Nampa, and they are projected to remain sluggish in 2011 on predicted deflation of 9.7%.

In Idaho Falls home sales rose with the federal tax credit but then hit the brakes after it expired, sending the market into a slowdown. Idaho Falls is one of the state’s most picturesque areas. The fallout of the crash has sent home prices tumbling with record foreclosures as bankers formally take back homes. Another surge of foreclosures is anticipated in 2011 to pressure home prices, which are forecast to sustain average losses of 8.2% in 2011. 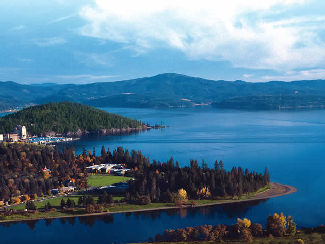 In western Idaho, Coeur d’Alene is trying to find a bottom to the housing market with the majority of properties that are selling being foreclosures and bank-assisted short sales at a discount. There has never been as many empty homes in the area as in the last year as mortgage holders flee. The community has one of the highest unemployment rates in the state. Foreclosures are projected to trouble the market and the local economy in 2011 on forecast average home price deflation of 8.8%.