Troubled by a state economy on the edge, lingering high unemployment and a foreclosure crisis that rivals the most devastated areas in the nation, Illinois is losing residents as they flee high state income and property taxes for greener pastures. The uncertainty of the Illinois economy signals a housing market that has made little progress in recovering from the worst real estate crash in U.S. history. 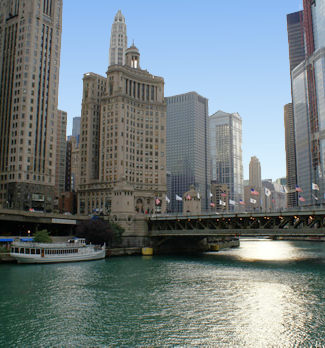 Home sales are declining and few areas of the state have seen any sort of appreciation in home values as a result of the exodus, despite near all-time record low mortgage rates and a pent up supply of homes on the market. Figures show that home sales and condos in the Chicago area are selling much slower than during the federal tax credit home buyer as Chicagoland bursts at the seams with housing inventory for sale.

Home sales are projected to remain sluggish in Chicago without the addition of more federal aid to help the market even as the state receives funds from the federal Hardest Hit fund. The foreclosure crisis has hit the region hard as it ranks in the top ten states of the country monthly for foreclosed properties. Bargain priced properties make up nearly half of all sales in the area as buyers remain hesitant about the prices even as they look at homes to select from all the low priced homes on the market. Average home prices in Chicago are forecast to decline 8.7% in 2011.

Rising job losses in agriculture and the oil business are contributing to economic woes in Decatur, where the prices on homes are falling at nearly a record rate in some neighborhoods as more and more homeowners upside down on their mortgages are leaving their homes. The hurting economy has led to more foreclosures in a community that never even experienced double-digit appreciation during the boom. A recovery in housing isn’t in the cards for Decatur in the New Year with average home prices forecast to decline 8.5% over the course of the year.

In central Illinois, where companies once came to test market products, Peoria has seen its fair share of economic problems. One of the largest companies in the world makes its headquarters in Peoria . The Caterpillar Corporation has been hiring again and for the locals it’s an improvement in an otherwise disastrous economy.

However, Peoria is troubled like most of the state by foreclosures. The federal program should aid the market keeping some unemployed and under-employed homeowners in their homes. The community is forecast to sustain average home price deflation of 6.8% in 2011. 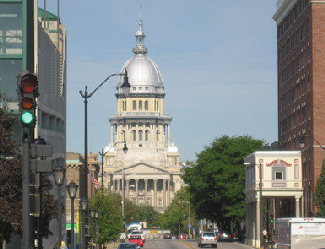 Bloomington and neighbor Normal saw better times flourish than much of Illinois for the longest time, aided by large employers in the insurance business, but as job cuts increased home sales slowed and aren’t expected to improve for sometime with both communities predicted to decline in average home values 6.5% during the year. The Hardest Hit federal fund will now help some of the economy’s victims.

Down state in the capitol city of Springfield sales increased from the federal home buyer tax credit only to slow afterward. An over supply of homes, including bargain priced bank owned REOs will keep the market slow until at least mid-summer when things may pick-up. Springfield is forecast to suffer average deflation of 6.3% for the year.