Slowed by high unemployment that lingered over 9% for a half a year, growing foreclosures and a troubled economy, Washington real estate is making little headway into any sort of a recovery. Washington’s unemployment figures leave the state in a stagnant growth pattern that is more than likely to lead to more foreclosures damaging housing markets and home values. 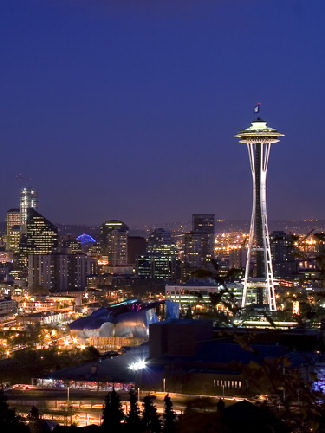 Improving sales that resulted from the federal home buyer tax credit failed to have any sort of lasting impact for Washington markets, caught in the cross-hairs

of the financial crisis and the worst real estate collapse in U.S. history. In Seattle the run-up in home sales appeared as though it would aid the market to recover for a while to some locals, but lost any sort of momentum nearly as soon as the credit expired. Still, Seattle has one of the country’s strongest regional economies with high-powered tech giants and one of the world’s largest airline makers.

The struggles Seattle under goes may represent the best of America’s strongest regional economies in the financial crisis. Home sales are projected to remain sluggish in 2011 in the city that has a reputation for so much rain with prices that haven’t yet hit the bottom. Seattle average home values are forecast to decline 6.4% by year’s end.

Home prices were nearly flat for the first time in three years in Bellingham thanks to the federal tax credit temporarily increasing sales, but the unwillingness of bankers to loosen the grip on the money supply to make more mortgages troubles the market. Lower home prices coupled with a larger inventory of foreclosed properties should push the number of sales higher towards the second half of the year as the market tries to make inroads to recover. But troubled by high job losses home prices are still forecast to deflate an average of 6.0% in 2011.

Weak home sales and an over abundance of properties listed for sale hurt Vancouver in the late part of 2010. A lack of consumer confidence in the market and unemployment troubles the area, which experienced booming growth like most of western Washington during the real estate peak. The vicious cycle has stalled home sales and sent prices lower, which are forecast to decline another 5.6% on average by year’s end.

In eastern Washington, home sales plunged in Spokane in fallout of the tax credit expiration and despite low mortgage rates the market has little reason to improve with the hurting economy. Unemployment is better in Spokane than most of the state, but many homeowners are fleeing the area for employment elsewhere. Sluggish home sales are projected to hinder the market with forecast deflation averaging 5.1% in 2011. 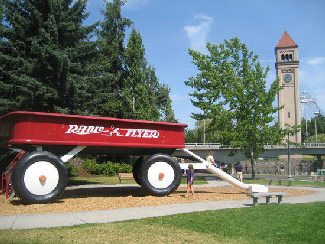 Lower home prices and low mortgage rates in the Tri-Cities has been helping the market grow thanks to federal money to clean-up Hanford, an EPA Superfund site that was used to make bombs. Richland, Pasco and Kennewick have been some of the healthiest housing markets in the country as a result of the funding pouring into the area and the markets are projected to increase in value again in 2011 by a modest average of 3.4%.

Record foreclosures hurt home sales in Yakima as housing prices tumbled, but saw an uplift with the tax credit only to turn sluggish afterward. The area is expected to encounter troubles recovering from the foreclosure crisis with an over-abundance of inventory and is forecast to sustain average home price deflation of 4.7% for the year.