An inventory shortage is driving home prices up in some Arizona cities as the region faces a dwindling supply of cheaply priced foreclosures. 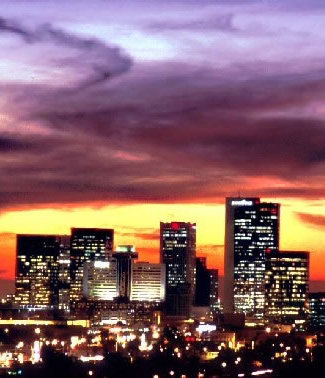 But as more foreclosures hit the market later this year the rate of housing inflation is forecast to slow.

Phoenix area home sales are sliding as a result of the inventory shortage triggered by lower prices on housing. The supply of sub $100,000 homes is dwindling, despite multiple offers on homes under that listed on the market. The shortage of affordable housing in Phoenix is critical as owner occupant buyers get outbid by investors for many bargain priced properties.

The Arizona economy still faces an uphill battle, including a lack of jobs and problems surrounding the state’s immigration policies, which has sent some real estate investors to sell their properties.

However, new home sales are picking up in Phoenix and may even be nudging towards stabilizing as builders pull an increasing share of new home building permits. The bottom of the housing market is likely to appear sooner rather than later in Phoenix, which is now forecast to see average home values inflate an average of 4.7% in 2012, despite a large volume of foreclosures expected to hit the market in the latter part of the year.

Higher home prices make it more difficult for the  Scottsdale  housing market, despite an influx of wealthy investors shopping for deals. After a slump that has lasted almost six years, Scottsdale should experience improving sales throughout most of the year, with appreciation projected to average 3.5% by years end.

A jump in home sales driven by lower prices and record low mortgage is moving the Tucson housing market out of the recession and into better times, despite the back-log of foreclosures and short sales that linger. Tucson had been racked with foreclosures but bank imposed moratoriums slowed the lenders repossession process.

Tight lending conditions, however, still trouble the marketplace, which is in the midst of a recovery and forecast to see average home values appreciate 4.0% through the year.

The same sort of rigid mortgage standards are slowing the recovery in Yuma, but homes in lower price ranges are seeing better sales activity and should bolster the market. Two military bases also supply a regular turnover of new home buyers for the region. Home sales should strengthen as mortgage rates remain low, and are projected to push average home prices higher by an average of 2.8% for the year.

In Flagstaff, the second home market is going through the first phases of a recovery as bargain hungry investors shop for deals, and the supply of homes on the market declines. A surplus of short sales and homes still in the shadow inventory that will soon be foreclosed will offer buyers the deals they seek. Flagstaff home values are forecast to climb a modest 2.5% on average for the year.