A more diversified economy has helped New Mexico through the U.S. financial crisis, but it hasn’t been able to fully protect it from the economic hardship associated with its fallout. 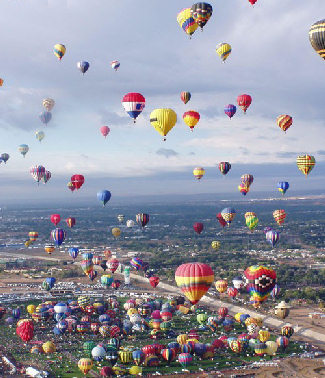 Better employment levels than most other areas of the country translate into a stronger local economy.

Industries that have suffered, however, including some of the regions new movie studios has taken their toll on the state and its housing markets, which are seeing plenty of foreclosures. Home prices rose too much and too quickly for homeowners to keep up. Agriculture still provides one of the stronger bases for a state that has had more than its share of economic issues over the years.

The housing market in Albuquerque has been like a prize fighter after boxing 15-rounds in the ring, beaten up and bruised but not knocked out. The cost for artificial appreciation manufactured by the banks and Wall Street has come at a high price for New Mexico’s largest metropolitan area, despite one of the better unemployment rates for any major metropolitan center in the nation.

Home prices have suffered for more than three years, despite near record low mortgage rates and there seems to be no end in sight for the housing market as Albuquerque struggles to find a bottom. Home sales are projected to pick-up in 2012, but don’t expect to see home prices rise for

quite sometime. At least values won’t be falling as much as they have in the past, forecast to average 5.0% deflation for the year.

In Las Cruces the housing market is trying to find a bottom. Home prices are tumbling and there seems little that anyone can do to slow the pain for homeowners worried about their home values. Prices have been declining for more than three years, despite near record low mortgage interest rates for borrowers.

There just aren’t enough new home buyers around in the market to make up for the slack. Tough new mortgage underwriting standards have left many potential buyers out as banks fear additional losses from foreclosures. These are unprecedented times and those that provide the cash for home purchases know it all too well to make a series of additional mistakes in home lending.

The market will reach its bottom as soon as more people go back to work, but with unemployment at better levels than in most regions of the U.S. the market in Las Cruces is poised for a recovery. Home sales are expected to pick-up in 2012 on forecast deflation of 3.8%.

A lower inventory of homes on the market will help Santa Fe recover from its downturn, but the recovery will be anything but quick. Vacation home sales have been hurt all over the U.S. and Santa Fe is no different with growing foreclosures. Fewer homeowners will mean lower prices for the marketplace, a new reality of sorts for Santa Fe property owners, who are forecast to see average home prices deflate 4.3% in 2012.