An improving employment picture coupled with record low mortgage rates and fewer foreclosure sales are sending the California housing market into overdrive. Despite the tough economy 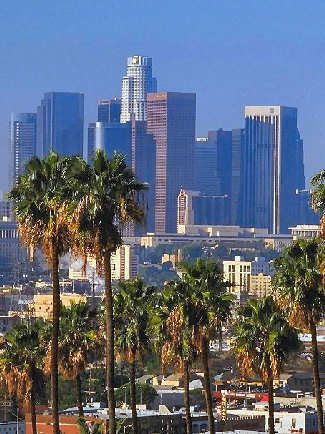 in most of the Golden State and an expected hike in foreclosure sales, most of California’s housing markets are now forecast to appreciate for 2013.

The impact of the foreclosure crisis has been devastating for most of the state, and some of the hardest hit regions won’t be over it for a number of years. Northern California has many of the strongest cities in the state in terms of home sales and housing appreciation.

In San Jose where high-tech makes home prices almost bubble with the development of every new product for the Internet, Silicon Valley sales are at a four year high, and prices are edging higher. Despite troubles related to the lower stock price of Facebook home values along the San Francisco Peninsula are moving higher and should remain that way through the rest of the year.

San Jose prices are forecast to increase an average of 2.6% for the year, with San Francisco homes increasing even more, projected to average 3.2% for the year. Healthy home sales should push Santa Clara and Palo Alto homes to do slightly better.

However, fewer potential home buyers qualify for mortgage financing, which will restrain the market from a rapid recovery.

In the greater Los Angeles area, sales have been moving upward with the prices of homes. Discount priced foreclosures make up a smaller percentage of sales, representing about a third of monthly sales compared to almost half a year ago. The drop-off has been good for homeowners and will push prices higher an average of 2.7% by years end in much of the LA basin.

Hard hit San Fernando will take a while longer to work out of the downturn than richer areas of the Southland, where sales are moving at a quicker pace, especially above $1-million because of an increase in the long term capital gains tax expected at the beginning of the year.

Coastal Malibu and Newport Beach are projected to see sharper appreciation, which should average 3.2%. However, other areas of Southern California hard hit by foreclosures like Stockton won’t work out of the crisis as soon. Home prices are forecast to deflate over the remainder of the year in Stockton, averaging losses on housing of 3.8%.

In the Inland Empire, where San Bernardino County has made headlines filing for bankruptcy, the foreclosure crisis is unwinding slowly. The area should still experience improving home sales over the remainder of 2012, but on deflation forecast at 3.0%.

Pent up demand for homes by investors buying discounted homes in Orange County left by former homeowners in foreclosure, mark a bleak reminder of a society increasingly divided by the haves and have-nots. Home prices rebounded in Anaheim and the surrounding area, but are likely to take another fall before the crisis abates. However, home values in Anaheim are forecast to escalate an average of 2.8% for the year. 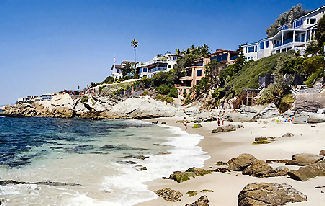 In San Diego, jitters still remain over the state of the housing market, even as prices escalate with higher home sales. A sluggish economy and weaker job sector troubles the region, which is forecast to see average home prices push 2.1% higher for the year.

In the state capital of Sacramento, the area has been devastated by foreclosures, but a recovering economy should push the housing market to better times over the remainder of 2012 and higher home values averaging 1.8% better for the year.

Hard hit Fresno, however, will have to sell more foreclosures and short sales to emerge from the depths of the housing downturn to move any higher than 1.2% for the year in home values. Many areas of the Central Valley have sustained a seismic shift in the housing market from the financial crisis.