As an affluent neighbor of New York City, Connecticut is the east coast’s home of Mc Mansions, driven by the need for comfort and the feeling of wealth perhaps more than any other state 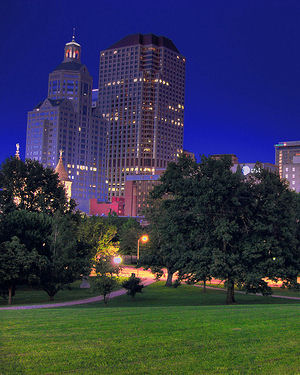 in the eastern corridor of the U.S. But those high cost homes come with a price, and that price just might be declining in value for a number of years.

In Greenwich home prices actually show an improving trend with fewer foreclosures and bank assisted short sale homes on the market for sale. The dollar amount per square foot of the few homes that are selling in this high-end market is rising as the inventory tightens, which is positive news. However, the inventory of homes that is not yet counted as troubled in the shadow inventory compose a growing share of homes in Greenwich.

The pressure they’ll exert over the coming months on the local market is projected to grow. Sluggish sales will do little to propel the market higher in value, despite near record low mortgage interest rates. Prices of homes in the former home to more than two dozen hedge fund companies are forecast to decline 6.2% in 2012.

Bridgeport home sales have been anything but at a fever pitch, but low mortgage rates should help sales as bargain hunters search for deals. Home prices, however, aren’t yet finished deflating, and are forecast to decline another 4.9% in 2012. Nearby, Stamford will also take longer to unwind from its over-inflated values with home prices forecast to drop 5.5% by years end.

In Hartford the housing market has been tumbling with lower prices as foreclosures make up the majority of sales. Home values have fallen about a third since the peak of the market, but with sluggish sales, high unemployment and more lay-offs expected in the financial industry the local economy is hurting.

Connecticut entered the recession after many other areas of the U.S. since it was lifted by Wall Street, which has been stimulated by federal bail-outs. The slow grind through the real estate collapse then took a delayed ride for the market to unwind, and is still slowly deflating. Hartford should see more home sales in 2012, but on forecast deflation of 6.7% for the year.

In the Greater New Haven area home sales are slow with few buyers in the market, other than those looking for discount priced homes which are usually foreclosures. High unemployment and weak consumer sentiment trouble the region.

More lay-offs could mean more foreclosures as banks deal with the onslaught of troubled properties, now making up more than 15% of the area’s homes on the market. Foreclosures and other troubled properties will keep the pressure on home values through the year, with New Haven homes forecast to drop 6.3% in 2012.