A busier housing market is developing in Maryland as home buyers shopping for deals pour out to find discounted properties. After years of decline, 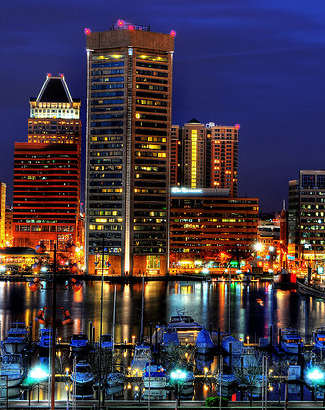 housing markets throughout most of the state are signaling signs of improvement even though better signs are from foreclosure sales and bank assisted short sales, which make up half of all transactions.

Prince George’s home sales picked-up after prices fell for more than three years with the highest foreclosure rate in the state. The surge in sales was driven by discounted home prices reduced by banks. Existing sales are projected to increase in 2012 but only as home prices are forecast to decline 7.1% in the community, which was heavily over-built during the real estate bubble.

Home sales in Baltimore rose even as prices declined further, indicating that the bottom of the market has some time to go yet before it arrives. However, the inventory of properties listed on the market is dropping and homes are taking less time to sell, which are good signs. Lower prices and near record low mortgage rates are helping homes sell more quickly.

A healthy market is usually considered a six month inventory of properties listed for sale. In the city of Baltimore the supply of housing inventory dropped 20% in the last year. Sales are expected to increase again in 2012 with forecast home prices reaching 4.3% less.

In pricey Howard County homes are homes are taking even less time to sell, particularly in Columbia, considered to be part of the Washington, D.C. metro area where many federal workers commute to make their homes. The region experienced double-digit inflation during the real estate bubble, only to deflate half from its peak in the bust. Columbia home values are forecast to decline an additional 6.8% in 2012.

However, Bethesda and Silver Spring have seen a slowdown in sales, despite the over-supply of foreclosures at discount prices. Low mortgage interest rates don’t seem to be enough to push enough buyers off the fence, despite better employment levels in the area.

Bethesda was one of the country’s most over-priced housing markets and home values still have along way to fall before reaching anything close to the bottom. House prices are forecast to drop another 7.5% in 2012 on sluggish sales.

Silver Spring could see a marginally better year in terms of home re-sales, but the economy will be much tougher on the market than most residents had hoped. Silver Spring housing prices are projected to decline 6.4% by years end.