Home prices have been falling in New Hampshire for almost five years, ever since the housing market reached its peak. However, an increase 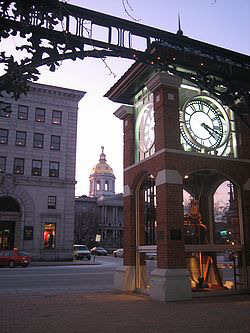 in sales, prompted by near record low mortgage rates and a stronger local economy will send housing prices higher this year.

New Hampshire’s economy, once hard hit and ailing, is growing at a faster rate than most other nearby states, but is projected to stall without enough jobs being developed for the region. A lower unemployment rate has helped supply more buyers for the market with near record low mortgage rates. But a slowdown in job growth would lead to a reduction of home sales.

Housing sales were at healthy levels in Concord as buyers took advantage of close to record low mortgage rates. But sales usually slump during the colder winter months and aren’t projected to increase much once spring time rolls around. A tough economy and slower growth are forecast to send home prices only 2.8% higher in Concord for the year.

The housing market is also on thin ice in Manchester, the most populated city in the state. Sales, however, should increase over the course of most of the year on projected appreciation of 2.6% in 2012.

Nearby in Nashua, which boarders Massachusetts home buyers will take advantage of discount foreclosure priced

homes and lower interest rates during the year to send housing sales higher, especially after warmer weather arrives. But if foreclosure sales return to compose the majority of sales for the region, the housing market could suffer and send home values lower.

However, the economy in the region is bolstered by a major supply of international exporting that is strong enough to produce higher housing inflation since it keeps people employed to stabilize the region’s economy. Appreciation in housing is forecast to hit 3.1% in Nashua for the year, which is much better than many other places.

In Rochester a smaller community has meant fewer home sales, but the area is doing much better in terms of home prices than many others. Home sales are projected to remain sluggish, however, through most of 2012 on inflation forecast to hit 2.1% for the year.