Mortgage applications fell for the fourth straight week, indicating a slowdown in the volume of home mortgages for refinancing and home 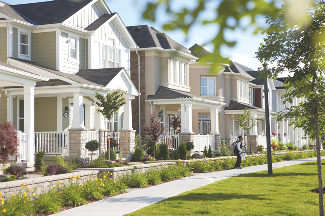 purchases is sustaining a sluggish pattern, despite near record low mortgage rates, according to the Mortgage Bankers Association.

The fall in applications, however, was only 1.2% for the Market Composite Index, which includes refinances and new home purchase loan applications for the week ending March 2. Refinances were down 2.0%, the first sign of a drop-off since the Obama administration’s new refinancing program for homeowners went into effect.

The drop-off in refinancing indicates that most homeowners seeking lower rates on their mortgages have either refinanced or are unable to do so despite the new program implemented that allows most mortgage holders to refinance, despite loan-to-value ratios. The program was introduced by the Obama administration in an effort to help homeowners underwater on their mortgages.

The average rate on a fully contracted 30-year fixed rate mortgage with a balance under $417,500 fell to 4.06%, according to the 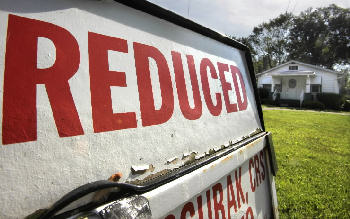 The average rate on a fixed 15-year mortgage completed by borrowers remained unchanged at 3.36%.