Despite a hike in the unemployment rate in the middle of summer and other economic woes, North Carolina’s housing markets are demonstrating 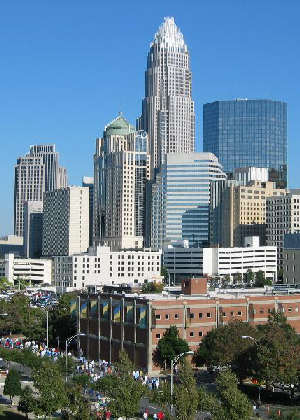 major signs of improvement and are now forecast to experience appreciation by years end. Record low mortgage rates coupled with lower home prices and better prospects for economic growth are the driving forces.

In Charlotte, home sales have picked up more than 25% from a year ago as buyers take advantage of the conditions. The pent up demand has helped to clear much of the foreclosure inventory in Charlotte, which was devastated by the foreclosure crisis. The state now ranks 29th in terms of foreclosures, a far leap from where it once stood.

Banks are also cooperating with hard hit homeowners more often in short sales, which help to increase the number of sales and cut lenders losses. Home prices bottomed out in Charlotte, and are now forecast to gain an average of 3.0% by year end.

Pent up demand is also driving home sales in Raleigh and the rest of the 16 county greater Triangle Region. The additional sales are beginning to stabilize the area’s housing markets, which had seen a severe downturn with the national economy. Sales are on a one year ride higher as buyers take advantage of lower home prices.

Raleigh and the surrounding Triangle Region are projected to see average home values increase 3.2% for the year.

The housing market isn’t quite as strong in Greensboro yet, but as foreclosures are sold off and neighborhoods see new homeowners move-in the city should undergo a transformation through the end of the year into 2012 with better conditions.

Empty homes hurt every neighborhood in a variety of ways, increasing crime and depressing home values for all homeowners. The foreclosure crisis won’t be over for a number of years yet, but Greensboro home values are projected to rise an average of 1.8% for the year.

In Wilmington the recession has made a serious blow to the city, which is beginning to move out of the troubled housing market with improving sales, despite high unemployment. As banks work with an increasing share of homeowners at risk of foreclosure, the market should improve and is projected to see home prices increase an average of 1.5% by years end.