A proposed settlement between big money mortgage giants and U.S. states hangs in jeopardy after Delaware rejected the 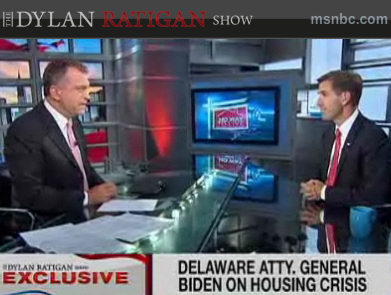 The proposed settlement between the attorney generals would dedicate $17-billion from lenders to go towards reducing mortgage principal for struggling homeowners. Another $5 billion would be placed in a reserve account for state and federal programs. But some of those funds would also be used to cover $1,800 checks that would be sent to homeowners who were damaged by banks’ deceptive practices.

An additional $3-billion from lenders would be used to help homeowners refinance mortgages at 5.25%. Regulators are investigating up to 4.5-million mortgage files to determine the number of mortgages that were foreclosed in the robo-signing scandal.

The proposed settlement between the nation’s largest five mortgage lenders would make it unlikely that homeowners who have erroneously been foreclosed to get their homes back or receive much of a financial benefit without going to court against the lenders in separate actions. An estimated 750,000 American families are likely to receive checks for the $1,800.

Consumer groups and state attorney generals are concerned that the settlement will allow banks to pay only a small portion of what they owe homeowners who have been illegally foreclosed. Hundreds of thousands, if not millions of mortgage documents were forged by mortgage servicing employees posing as others to foreclose on homes in default. An estimated 8-million homes have been foreclosed in the U.S. since the crisis started.

“The robo-signing controversy led to a moratorium on foreclosures that has been lifted and at the end of 2011 we saw more foreclosure activity and that will put more property on the market and further depress prices,” said University of Maryland business professor Cliff Rossi.

The settlement is in a draft proposal in its current form and does not require unanimous support by all 50 states to be accepted. California and Massachusetts have already said they would not be part of the agreement. The five major banks involved, Bank of America, JP Morgan Chase, Wells Fargo, Citibank and Ally Financial and state attorney generals could adopt the agreement within weeks.

Some state AGs are concerned about how the agreement could reform longstanding mortgage lending practices, and make it easier for banks and mortgage companies to fight legal battles in state court seeking financial damages for those who have been wrongly foreclosed.