Higher employment levels driven by energy rich oil fields and natural gas, and a strong agricultural industry are sending most housing markets in Oklahoma into a full-fledged 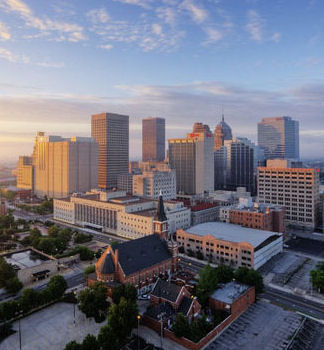 recovery, even as many areas of the nation suffer in the throws of the financial crisis.

Stronger home sales and fewer foreclosures to hurt the values of surrounding homes along with record low mortgage rates are driving buyers back into the Oklahoma City housing market, the state’s largest metropolitan region.

Home prices have fallen in some areas of the state, and risen in others demonstrating that housing markets in most of Oklahoma are rare and are showing signs of stabilizing.

The foreclosure crisis that has hit many areas of the country hard, but only about a fifth of the homes sold during a given month are bank owned REOs in Oklahoma City, which has been bolstered by more conservative lending standards.

A rise in home sales is projected to increase in the city and surrounding communities as more newcomers move to the area looking for jobs. Home prices are forecast to climb an average of 4.3% in 2012.

Outside of Oklahoma City, Norman is seeing a major surge in sales as home buyers take

advantage of all-time record low mortgage rates, locking-in rates. Home values are projected to see an improving trend through the rest of the year, and are forecast to climb an average of 3.8% by years end.

In Tulsa a tighter inventory of homes is pressuring home values, and is expected to sustain through the second half of the year as bargain hungry investors swoop into pick up deals. The influx of new residents to the area is also helping to buoy the market on forecast appreciation of 3.5% in 2012.

In Lawton, the market should show stronger signs of stabilizing as the local economy weathers the financial crisis much better than most of the country on its way to marking a recovery in the housing market. Home sales are already seeing an improvement and values are forecast to escalate an average of 2.9% for the year.