West Virginia has known hard times for generations so the current state of the U.S. economy is nothing new to those who make their home 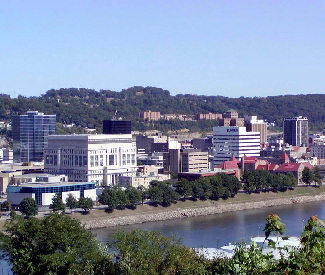 in West Virginia, which has one of the highest rates of poverty in the U.S. and perhaps the most dilapidated housing in the country. But a positive development has emerged as newcomers, especially retirees move to the state for its affordable housing.

While the nation’s hardest hit real estate markets suffer through extended downturns, exhibiting some of the toughest economic pain in generations, West Virginia residents don’t see things as that bad for them. Some even got help from the federal government’s Hardest Hit Fund and put the money to work. Tax payer proceeds have helped homeowners thrown out of work to pay their mortgages.

The state has had one of the lowest rates of foreclosures through the U.S. foreclosure crisis. Retirees are taking advantage of lower home prices and near record low mortgage rates in Charleston, the states largest metro area. Housing prices as forecast by Housing Predictor in 2011 are rising even in the throws of economic ruin.

Older Americans who have had trouble paying mortgages or affording rent elsewhere are moving to the region in growing numbers, and are projected to keep moving to the state over at least the next year. Home prices in Charleston are forecast to increase 4.5% in 2012.

However, as older residents move to West Virginia for a lower cost of living, younger types are leaving the state in mass seeking jobs and a better future. Students at West Virginia University in Morgantown may get an education in their state but then most are moving else where to find work. A strong market for rentals to house students should drive prices higher 3.8% by years end.

In bigger Huntington, historically low mortgage interest rates will prompt home buyers on the fence to make purchases as the community undergoes a reversal of economic fortunes of sorts. New residents are projected to take advantage of lower home prices, driving a surge in home sales, with prices forecast to rise 4.0% over the year.

There’s no wonder why new residents are attracted to the region with beautiful mountain scenery, hunting, fishing and four seasons to enjoy outdoors. There is also an upside to younger people moving out of the area, lower unemployment since elderly residents are more commonly retired.

In Wheeling the community has seen only a handful of foreclosures like practically everywhere else in the state, with an increase in home sales projected in 2012, housing prices are forecast to increase 3.9% for the year.