The Connecticut housing market reached the highest level it had seen in three years in late 2012, and it isn’t showing signs of slowing down. 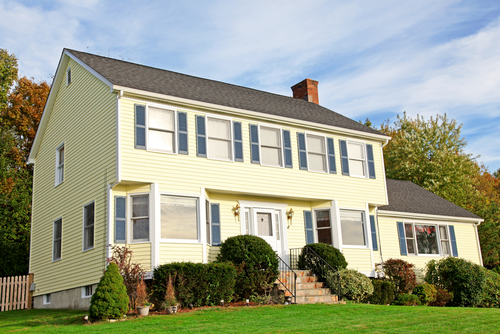 According to RE/MAX of New England, the region should expect continued improvement throughout 2013. Its 2013 Housing Forecast report indicates the market will shift from a buyer’s market to a more balanced market as the year winds on. The report chalks up much of 2012’s strong growth to record low interest rates.

“Even with the devastating weather-related events of 2011, we continue to see positive signs in certain areas of the Connecticut real estate market,” said Peter Helie, Chairman and CEO of Prudential Connecticut Realty. “With prices leveling off and stabilization returning to the market, sales should slowly recover throughout the year.”

Sales are up in Newtown, with pent-up demand driving the action, according to real estate professionals in that town.

Still, frustration remains among prospective buyers, noted Denise Kopasz, a broker who sells property in Connecticut. “Buyers are discouraged because even though prices are low and rates are low it takes perfect everything to qualify for a mortgage,” she said. “Things are turning around and our local market is headed in the right direction.”

In an article published on April 23 (“State’s housing market remains on track”), the Connecticut Post wrote, “Connecticut home prices and sales rose in the first quarter, further enforcing expectations that the market is recovering locally like it is nationally.

“Prudential Connecticut Realty reported 1,187 homes were sold in Fairfield County in the first quarter, an 11.8 percent gain from the first three months of 2012. And, while the median sales price in the county rose nearly 5 percent to $400,000 in the quarter, the amount of time it took to sell a home here rose by 4 percent to 177 days. Statewide, the median price for a home rose 1.1 percent to $225,000 and the number of homes sold increased 8.8 percent from a year ago.

“Given solid trends over the last few months locally and at the national level, where new home sales were up 1.5 percent in March, experts continue to expect improvement in the market to carry through the rest of this year.

“But rising prices did slow sales down in two of the three counties where there were increases.

The number of days on the market for homes before they sold went up in Fairfield and New Haven counties, where prices rose significantly. In New Haven, they climbed 6.7 percent to $192,000, compared with a year ago, while Fairfield County’s $400,000 median value was the highest in the state, representing a 4.9 percent rise.

“Economist Edward Deak, Connecticut Forecast Manager for the New England Economic Partnership, agreed with Adams, that the Connecticut market is on pace to expand throughout the rest of the year.

“He said he expects the state median price to climb into the range of $250,000 to $255,000. But to get there, lenders will have to loosen their standards, he said, like they have in other areas of the country.

“One of the main issues confronting the Connecticut and even parts of the national market is income growth among families. Simply put, if housing prices continue to increase while income stagnates and the job market remains muted, fewer people will be able to buy homes.

“Deak said lenders, who are sitting on a lot of cash, will have to start giving out more loans.

“Of the six Fairfield County communities that saw a decline in the number of sales, two reported median values below $400,000, while the remaining four all commanded prices above $500,000.