Experts predict real estate markets in the northeastern United States will perform poorly compared to the rest of the country in 2013. 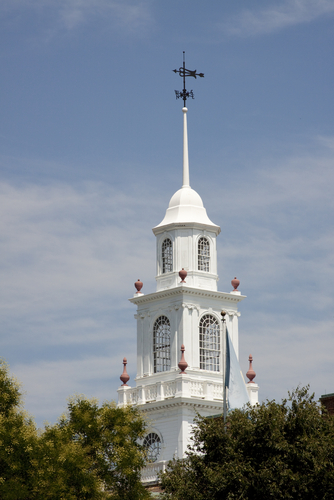 Among these, Delaware, New Jersey, eastern Pennsylvania, Connecticut, and downstate New York are expected to be perform the most weakly.

However, many Realtors tout Delaware as an excellent real estate market for prospective primary or second homowners owing in part to its proximity to New York City, Washington, D.C., Baltimore, and Philadelphia, its relatively affordable home prices, and its unhurried atmosphere. It is becoming a popular places for East Coast baby boomers to retire.

Delaware’s WDDE Radio reported in February that, after six years of decline, home sales are picking up in the state. “Mortgage interest rates are at historic lows, 3.87 percent for a fixed-rate 30-year loan, according to Bankrate.com. Interest on a 15-year mortgage is averaging 3.16 percent.

“Across the board, buyers can expect continued scrutiny from banks who demand good credit and a steady stream of income.”

During a recent conference of Realtors at the DuPont Country Club, Delaware Gov. Jack Markell said the state will likely draw new national and international business as it cultivates a talented workforce and improves general quality of life.

Such an influx in new business is already having an effect on the state’s residential real estate, pointed out Alan B. Levin, director of the Delaware Economic Development Office. “As a result of the increased activity in financial services, manufacturing and agricultural sectors, Delaware is seeing increased sales activity on the residential side which leads to gains in commercial as well. This is having a ripple effect throughout the state as increased sales activity is taking place at the beach and suburban locations throughout each county.”

Coastal Realtor Vickie York, of Millville, Del., said, regarding 2012, “the last half of the year, we finally heard some positive news about the real estate market. As a result, the sellers became less willing to negotiate on price, while buyers were still looking for the best deal. Short sales and sheriff sales continued to be a major factor in the marketplace and had a negative impact on market values. New construction remains to offer a great value and some buyers find buying new a very appealing option. We are looking forward to an exciting 2013 with nine contracts pending to settle in the first quarter. Hopefully this is a positive indicator that the coastal real estate market is on the upswing.”

Sales of Delaware homes were up by 6.5 percent in January over the previous January in New Castle County. They were up 14 percent in Kent county, but down 9 percent in Sussex County. Despite the uneven numbers, the state is generally seeing a recovering real estate market.
However, the Washington Post published a story in March (“New Castle County sees quiet exodus of residents despite population increase”) regarding the number of Delaware residents leaving the county in recent years. “About 6,500 people have moved out of the county since 2000 without being replaced by newcomers from elsewhere in the United States, according to new figures from the U.S. Census Bureau. During the same period, Kent and Sussex counties added nearly 60,000 residents from other counties.

“The tight labor market, the weak economy and the demographics of the aging baby boom generation are driving the changes, experts say.
“‘The economic growth prior to the 1980s and 1990s was centered in New Castle County, and that has shifted more to the south,” said George Sharpley, senior economist with the state Department of Labor.