Idaho is enjoying one of the most quickly rebounding economies in the United States, and its real estate market is a healthy part of that trend. 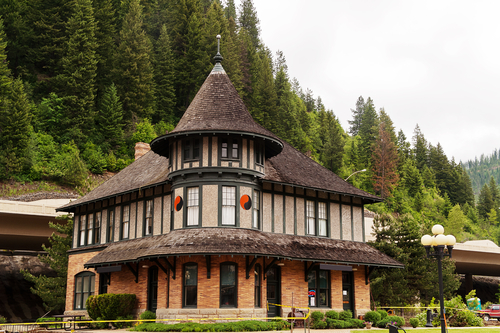 That, say experts, is expected to continue through 2013, with no sign of a slowdown in sight.

Boise was recently named one of the top five cities leading the national recovery, as well as one of the top five cities with the highest home price appreciation. “In fact,” writes Boise Realtor Paula K. Stern, in a February, 2013 Realty Times article, “our home prices have risen a whopping 34 percent since January, 2012, with the median price increasing from $138,000 to $185,000 in one year.”

Naturally, such robust buying activity equates to a low inventory for homes priced below $400,000, noted Stern. “It is becoming the norm to have multiple offers on listings under $200,000,” she continued. “This, in turn, has helped boost new home construction, with new homes sustaining a 17 percent increase over January of 2012.”

This mirrors what is projected to occur nationally through 2013. A January 2013 article published in USA Today (Forecast: Home prices will rise 6% in 2013”), indicates that nationally home prices rose 7.5 percent in 2012, which was the largest increase in six years. It also reports that increased demand, fewer foreclosures, and stronger job growth will likely further spur home price increases across the nation.

Idaho, Boise in particular, has seen real estate grow steadily for about two years. According to Build Idaho, a self-described comprehensive Idaho real estate resource, new construction is beginning to increase there as well. “2012 marked the first ‘normal year’ for both new construction and real estate in Boise, Idaho,” said Build Idaho founder Trey Langford. “For the last 6 years, builders have struggled to sell new homes and find profit but demand is recovering quickly.”

In Coeur d’Alene, Idaho’s second-largest city, the real estate market is also recovering nicely. Located in northern Idaho, Coeur d’Alene is a lakefront community and, with its access to hiking trails and natural preserves, an outdoors lover’s paradise.

“Our year-to-date figures are nothing short of astounding and a reflection that recovery is continuing,” said Kim Cooper, a Coeur d’Alene real estate broker and spokesman for the Coeur d’Alene Association of Realtors. “Our stastical geographic area shows a remarkable 17 percent increase in the number of sales, (while) our overall price performance last year was 11 percent stronger than in 2011.”

Cooper noted that the number of Coeur d’Alene  residential sales are up 10.7 percent with volume increases of 15.7 percent year over year.  “The average price of what has sold has gone up 4.5 percent  and inventories or the number of homes for sale has gone down 12.1 percent. The waterfront sector posted strong year over-year-sales with an increase of 42 percent.  Also we have noticed homes in the higher prices ranges have finally started to move. Last year there were 119 homes that sold during the first 11 months for over $500,000, compared to 160 homes that sold so far this year, an increase of nearly 35 percent.”.

Those who purchased property in Boise in the last few years are about to see appreciation in their investment, according to Mike Turner, editor of the Boise Real Estate News as well as of Front Street Brokers, a Boise-based real estate firm.

Turner attributes national attention on Boise’s real estate revival in part to Idaho’s usually low profile. “ … Much like the local football team, the Boise State Broncos, Boise is accustomed to being the underdog,” he wrote. “And being the underdog, it doesn’t take much to get national attention when you achieve something great unexpectedly. … Paralleling the national headlines made by the Boise State Broncos for the last 5-6 years, the city of Boise has also received numerous national media mentions about how great a place it is to live and work. Last month, for instance, Boise was named by Forbes as the Second Best City in America to raise a family, and Outside magazine put Boise at the top of their places to live and play.”

Those who have chosen to migrate to Idaho in recent years have brought their careers and/or businesses with them, which has only greased the state’s economic wheels, continued Turner. “Boise’s popularity, affordability, and family- and business-friendly environment compared to other regional cities has been a key component in helping the local real estate market bounce back faster than other markets. … With all the positive trends Boise is experiencing right now, it will likely continue to remain on the nation’s most improved housing markets for years to come.”