After years of hovering at record lows, New Jersey’s home prices are poised to increase in 2013. 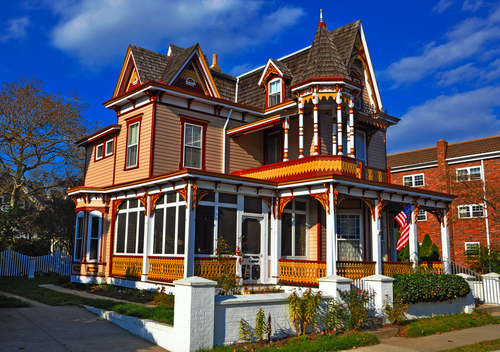 According to an article in The Record (“Appraiser sees NJ home prices rising in 2013, after long slide,” Oct. 26, 2012), New Jersey appraiser Jeffrey Otteau said he expects prices to rise gradually, taking until 2020 to return to 2005 levels.

The article reads in part, “‘the recovery in the housing market is only just starting,’ said Otteau, of East Brunswick, whose housing forecasts are followed by the real estate industry. He said demand is stronger in Bergen County than in Passaic, which has been hit hard by foreclosures and other economic distress in the cities.

“According to Otteau’s calculations, New Jersey home prices have been basically flat this year. By contrast, the S&P/Case-Shiller index, which uses different ways to track prices, found New York metropolitan-area values dropped 2.6 percent from July 2011 to July 2012, its most recent figures.

“The number of sales in New Jersey has rebounded to the fastest pace since 2007, though it remains below the boom levels of 2005, Otteau said. Lower home prices, rock-bottom mortgage rates and a growing confidence in the economic recovery have lured buyers back, Otteau told real estate agents at his semiannual seminar in East Hanover. ‘Fewer and fewer people are losing their jobs,’ Otteau said. ‘That’s part of the housing recovery.’”

Otteau said that after dropping roughly 27 percent since the peak of the housing boom in the mid-2000s, New Jersey’s median home prices will increase about 3 percent in 2013, owing in large part to heightened demand. As prices climb, prospective buyers will throw caution to the wind and buy the homes they have been eyeing, he added.

Would-be buyers won’t all have the ability to purchase a home this year, however, said Otteau. Many will remain on the sidelines as lenders are requiring large down payments, high credit scores, and relatively high incomes, he added. That leaves many of New Jersey’s un- and underemployed out of the loop. Although the state is adding jobs on a regular basis, it is still suffering from high unemployment, with the state unemployment rate at 9.8 percent in late 2012.

According to the New Jersey Cooperator (“The 2013 Market Forecast”), a significant reason New Jersey continues to trail behind some other states in emerging from the Great Recession is the damage it sustained as a result of Hurricane Sandy, the hurricane that struck the Northeast in late 2012. The publication reported that “damages inflicted by Hurricane Sandy are expected to exceed $50 billion, with New Jersey  absorbing 30 percent of those losses as thousands of homeowners in the Garden State file claims for flood and wind damage. A preliminary cost analysis of  Hurricane Sandy-related storm damage in New Jersey compiled by Governor Chris  Christie’s administration puts the number at $29.4 billion.”

The hurricane swept away a number of Jersey Shore houses and submerged portions of Hoboken and Jersey City. “The governor has said that more than  30,000 homes and businesses were destroyed or sustained substantial damage from … the storm, and 230,000 New Jerseyites have registered for Federal Emergency  Management Agency assistance,” according to the article.

“‘The scope of the devastation the storm inflicted on New Jersey is unprecedented,’ says Department of Environmental Protection commissioner Bob Martin. ‘The storm has left millions of cubic yards of materials that need to be hauled  away. So far the DEP has approved 100 temporary debris management areas to help  ensure a steady flow of debris from communities that were impacted by Hurricane  Sandy.’

“‘If there’s one thing I can say about New Jersey residents, it’s that we’re resilient,’ says New Jersey Association of Realtors (NJAR) chief executive officer Jarrod  C. Grasso, in a statement released shortly after Hurricane Sandy made landfall in New Jersey. ‘The true test of Garden State resilience is happening now, as realtors,  residents and neighbors work to recover and rebuild homes they’ve known for years, lifetimes and even generations. The impact of Hurricane  Sandy on New Jersey property values is yet to be seen, but the teamwork  demonstrated by our governmental leaders, residents, first responders, workers,  and volunteers has been outstanding and is a sign of strength and pride in our  great state.’”

In November of 2012, NJAR released its third quarter home price report, which offered positive news about the future of New Jersey real estate sales. “‘Home sales continue to trend up and most October transactions were completed by  the time the storm hit, but the growing demand with limited inventory is  pressuring home prices in the rest of the country,’ noted Lawrence Yun, NAR chief economist. ‘We expect an impact on Northeastern home sales in the coming months from a pause  and delays in storm-impacted regions.’

“‘We have so many pockets of real estate in New Jersey that different areas are  like different worlds,” says Gary Celeste, a sales associate with Coldwell Banker in Bedminster. ‘There was a lot of devastation down the shore but those were second houses for a  lot of people especially around the LBI [Long Beach Island] area, so that’s not really affecting our real estate, per se. My area in North Central Jersey (Somerset, Essex, Union, Morris counties) wasn’t really affected. But you’ve got insurance companies calling around trying to get people into rentals, or  homes that were on the market while they rebuild, and for the most part the  insurance companies are paying more than people were asking.’”

NAR President Gary Thomas urged potential buyers to avoid taking current record low interest rates for granted. “‘Even with rising home prices, we’ll continue to see favorable housing affordability conditions over the coming  years, but they won’t last forever,’ he says. ‘Inflationary pressures are expected to build during the next two years. As a  result mortgage interest rates will also rise with inflation.’”