According to economist Geoffrey J.D. Hewings, director of the Regional Economics Applications 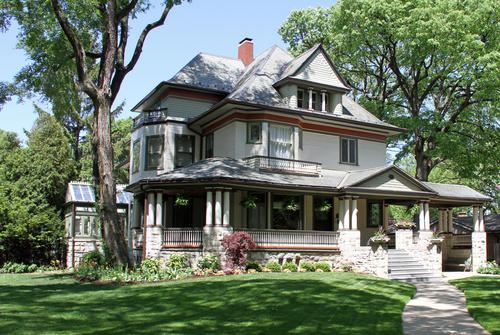 Laboratory and professor of Geography, Economics and Urban and Regional Planning for the University of Illinois, the state should experience home sale price recovery through 2013.

In 2012, Illinois Realtor magazine interviewed Hewings regarding the future of Illinois real estate. The magazine asked him what the most important factor was in the health of the housing market ahead. He responded, “I think it all comes down to one thing – jobs. And the reason for that is jobs provide the energy into the housing market in four major categories.”

Those categories, said Hewings, are the following:

• New buyers. “People who are entering the market for the first time, often soon after they get their first or second job.”

• Housing turnover. “People who have jobs, lived in the community for a while, decide as a result of their family increasing to upsize, relocate within the same community.”

• Job relocation. “When the housing market is very strong the U.S. is very different from most other countries. There is enormous job turnover, some years as many as one in four households is moving. A lot of times this is because of job relocation.”

• Retirees. “The final source of energy into the housing market comes when people leave the labor market when they retire, they often sell a house in one location and move somewhere else and buy a house there.”

Hewing noted that Illinois’ surrounding Midwest states – Indiana, Iowa, Michigan, Missouri, Ohio, and Wisconsin – are growing at a more rapid rate than the rest of the United States. “Why is that good news?” he asked. “Because 40 percent of Illinois exports go to our Midwest neighbors. So if they are recovering faster, they are creating more jobs, and potentially this will create more demand for Illinois products and as a result hopefully we will see more jobs being added.”

Interestingly, many Illinois retirees are opting to remain in their home state rather than relocate to traditional destinations such as Florida, said Hewing. “As we look around the country we are noticing a number of metropolitan markets where there has been some slight upward movement in prices. Areas of the country that still have not recovered are California, Utah, Arizona and Florida and these are places that remain in the top five in terms of price erosion and the number of foreclosed properties. And that’s important for us to realize because a lot of our retirees are staying put; they’re not selling their properties and moving there because their prices here have declined, but what they have not realized is that the prices in the markets where they want to relocate are declining even more rapidly. And, in fact, they may be better off taking a lower price here because they can attain an even lower price in the areas they want to relocate.

A consumer buying segment that is re-entering the Illinois real estate market, and which is expected to continue buying through 2013, is the so-called “move-up buyer.” According to the Wall Street Journal, the move-up buyer is typically 35-44 years old, a bracket that comprised 36 percent of all real estate buyers in late 2012. These consumers are planning to upgrade their living situations or adapt to growing families by purchasing larger homes with more amenities near quality schools. Many of them are buying homes in Chicago suburbs. Many of them put off purchasing homes for five years or more and are eager to make their move.

The following are excerpts from Perkins’ article on the marketing firm’s findings, with quotes from relevant experts:

• “New home buyers could begin to feel the pinch in the incentives department as new home builders take up the slack left by short supplies in the resale market. To meet the growing demand, new homebuilders, in October, raised the most new homes and apartments since July 2008, according to the U.S. Department of Commerce. ‘Due to signs of improvement in the market, we’ve been able to back off on incentives and discounting at most communities,’ said Jeff Benach, Lexington Homes co-principal. ‘Buyers are not expecting as many promotions or deals as in the past few years.’”

• “With home prices having nowhere to go but up, growing families are taking a hard look at newly built custom homes. The buyers include first-timers who want to go all in, skip the move-up step and ride the housing recovery. ‘Most of our homebuyers are in their 40’s with young kids,’ said Dimitri Nassis, Tandem Architecture & Construction CEO. ‘This group is willing to take the plunge and isn’t going to settle. They want their dream home and are turning to custom builders to get it.’

• The second home market is re-emerging with investors and vacation homebuyers.

Also, low mortgage rates and competitive construction costs are ideal for current owners who want to improve their getaways. ‘We’re seeing an uptick in clients remodeling second residences, particularly city condos,’ said Nassis. ‘While homeowners have saved on the buy side due to depressed condo prices, they are not holding back on investing in the most modern features and finishes for their second home.’”