South Carolina’s economy continues to limp along following the Great Recession, but pent-up demand from those seeking property is fueling a gradual real estate market recovery. 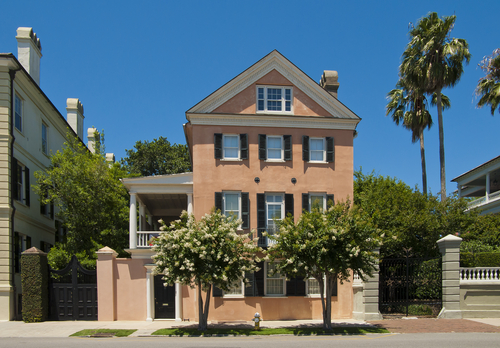 The real estate markets in Columbia and South Carolina in general have improved consistently over the last 18 months. Sales are up, construction is up, and inventory is down.

While the state has struggled with high unemployment for several years, it is seeing some progress. Unemployment was at 8.6 percent in February, which, though still high, is considerably better than the high of 11.9 reached in November of 2009.

According to an article (“Housing rebound trickles down for Midlands companies,” March 25, 2013) in The State, South Carolina’s floundering real estate market has affected related businesses negatively in recent years. The article reads in part, “as home sales tanked across the nation during the worst recession in a lifetime, related businesses – from landscapers to remodelers – saw their bottom lines tumble. In the Midlands, home sales and building permits for new homes dropped by nearly half, bottoming out in 2011 – one of the worst years on record for local real estate.

“But a slow rebound that started last year – spurred by ultra-low interest rates, a drop in home prices and an improving economy – is picking up steam in 2013.

“‘The spring selling season started in January for us,’ said Steven Mungo, chief executive officer of Irmo-based Mungo Homes, the largest builder in the Midlands. ‘For the first time in five years, I had two people bidding against each other for the same house.’

“Bidding wars were commonplace during the heady selling days of 2006 and 2007 but unheard of in recent years when sales fell and buyers had the upper hand in negotiations.

“‘The people we are talking to are feeling pretty confident about their personal situation,’ said David Keeling, mortgage director and senior vice president for Columbia’s First Citizens Bank, which saw purchase mortgages jump 50 percent last year from 2011 and already has seen another 25 percent increase to date this year over the same period in 2012. ‘That’s a very positive trend.’

“Lending standards also are still tighter than they were in 2007 at the height of the local market.

If standards were loosened even slightly, ‘sales would be unreal,’ said Susan Longshore, marketing director for Essex Homes. ‘The interest (from buyers) has really peaked.’

“Essex is building in 30 communities in Columbia and 20 in Charlotte – about a 40 percent increase from two years ago, Longshore said.

“‘The market is much stronger,’ she said. If sales continue to increase at the pace they are now, the company is on track to reach 2006 and 2007 levels in the next year or two, she said.

But the market in general has a long way to go. Some experts argue that 2007 levels are unrealistic because they were inflated by looser lending standards.

“Still, building permits have risen over the past few years, though they remain below levels of nearly 20 years ago. A little more than 500 permits were taken out by builders in the first two months of the year. That’s up 95 percent from the same period in 2009 but still down 11 percent from 1996 levels.”

The South Carolina Realtors February Statewide Market Report indicates buyers are increasingly motivated by more affordable real estate. According to the report, new listings in the state increased 2.8 percent to 8,676; pending Sales were up 8.4 percent to 4,863; inventory levels shrank 11.3 percent to 45,173 units; prices were up, with the median sales price increasing 3.6 percent to $145,500; days-on-market figures were down 10.6 percent to 132 days; and absorption rates improved as months supply-of-inventory was down 23.5 percent to 9.5 months.

Upon completion, Phase one will include the redevelopment of the existing shopping mall into an upscale walking village encompassing 290,000 square feet of retail, restaurant space and the very first Kroger Marketplace on Hilton Head Island. Views of Broad Creek and new retailers are expected to attract millions of affluent visitors and residents. Phase two will incorporate a 5-acre park that will connect with the existing 12-mile trail system on Hilton Head Island. Phase three will add 210 waterfront apartments.

“We are very excited about the future and the successful opening of this amazing energy center for Hilton Head Island which will generate millions in revenue for retailers, restaurateurs, hotels, tourist attractions, partners and the city, at the same time, creating a vital hub for people to congregate” said Michael Schlotman, CFO of The Kroger Co.

Upon completion, the Shelter Cove Towne Centre is expected to create more than 450 jobs and generate $5.1 million in annual sales tax revenue.

The new Kroger will be the largest grocery store on Hilton Head Island at 87,588 square feet and will feature an expanded selection of groceries, a Starbucks coffee kiosk, full-service Murray’s cheese shop, freshly prepared sushi, a bistro with chef-prepared meals with indoor and outdoor seating available, a walk-in beer cooler with Growler station, expanded wine selection with a Wine Steward and a drive-thru pharmacy window.  The store will also have an outdoor seasonal selling area and bike repair stations on the sidewalk unique to this location.