Despite widespread reports of a nationwide real estate market recovery, Mississippi continues to lag slightly behind. 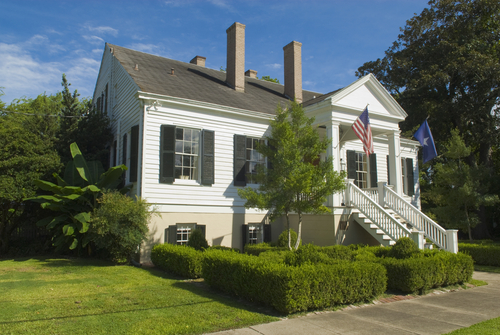 Forecasts call for an annual appreciation rate for single family homes in Mississippi’s residential housing market of 0.3 percent by September of 2013. However, in late March of 2013, Veros, a Santa Ana, Calif.-based predictive analytics firm, projected that Gulfport-Biloxi would be one of the five weakest markets with a -2.3 percent appreciation rate in single family homes by March 1, 2014. Veros’ forecast encompassed 955 counties, 316 metro areas, and 13,460 zip codes.

CoreLogic reported in late March of 2013 that foreclosure rates decreased in Jackson and George counties in January. The rate of foreclosures in January was 2.77 percent, down .70 percent from the January, 2012 rate of 3.47 percent.

The mortgage delinquency rate has also decreased locally, according to the CoreLogic report. In January, 7.75 percent of mortgage loans were 90 or more days delinquent, representing a decrease of 1.11 percent when compared to 8.86 percent in January 2012.

Mississippi’s unemployment rate was 8.6 percent in December and 10 percent in January 2012.

The article continued, “The number of people who reported having a job fell even as the state’s labor force shrank. Mississippi reported 141,000 unemployed people in December, up from 123,000 in December and 135,000 in January 2012.

In a January, 2013 blog post, Columbus, Miss. Realtor Andy Kalinowski reported Lowndes County real estate data based on information provided by the Golden Triangle Association of Realtors: “In January, area Realtors assisted with 19 closings. That number may seem significantly lower than in previous months. It is. But also consider this fact. January 2013 sales surpassed January 2012 sales by 35 percent. Sales mirrored average sales for the previous four January’s. That is the good news. There is a sobering number however. …

“The average transaction sold for more than $90,000, or about $56 a square foot. The average sale is a mathematical calculation that may or may not represent an actual sale. The average house sold for slightly more than 90 percent of the list price and spent nearly five months on the market.”

According to Kalinowski, in addition to the 19 closed transactions, 26 buyers wrote an acceptable or negotiated purchase offer during the same period of time. He predicted those transactions would close in the following 45 days, therefore confirming a stabilizing, if not slightly improving real estate market in the area.

“In addition to the 19 closings and 26 houses that went under contract, another 26 listings went off the market in January because the seller never received an acceptable purchase offer,” wrote Kaniowski. “Another 61 property owners put their house on the market in January. That brings the total number of houses available to nearly 350. That means there is about a 12-month supply of houses now on the market.”

Tupelo, Miss. may see an increase in commercial real estate development, thanks to BancorpSouth setting aside a $500 million loan fund geared toward Mississippi businesses. According to the Mississippi Business Journal (“Bank creates half-billion-dollar loan pool for businesses,” March 28, 2013), the bank pledged to work with state officials to find qualified borrowers.

The article quoted Mississippi Gov. Phil Bryant saying, ““Ensuring that businesses have access to capital is a critical element in positioning Mississippi as the top spot for economic development. I applaud BancorpSouth for taking a leadership role in this new effort.”

The article continued, “the fund underscores bank efforts to step up lending as coffers swell with deposits. Because the main profit engine of banks is lending out money at interest, the low level of loans compared to deposits is keeping bank profitability from a full return to pre-recession levels.

“‘There’s been some perception on a national basis about banks not making loans,’ Tommy Darnell, BancorpSouth’s executive vice president of corporate banking, said. … ‘I can’t think of any time in my career where we have been more eager in making loans.’”

Nationally, banks tightened requirements for residential and commercial real estate loans during the Great Recession. Today, terms are somewhat looser, but many would-be borrowers say credit is still tough to obtain compared to the majority of time over the last two decades.

In other Mississippi real estate news, in March, 2013, the Mississippi Supreme Court upheld a ruling in a Biloxi and D’lberville annexation case that gave Biloxi prime property along Mississippi 67.  According to the Sun Herald (“Court upholds annexation ruling that favors Biloxi,” March 21, 2013), “in a 54-page ruling, the court said Judge Thomas Zebert didn’t err in his findings for the annexation “… especially in light of the changing nature of growth and development on the Gulf Coast after the devastation and attendant challenges caused by Hurricane Katrina, and each city’s newfound needs to accommodate such growth and development.”

In May of 2010, Zebert ruled that each city should receive roughly 2.5 square miles to meet respective expansion needs in part owing to the significant loss of useable real estate following Hurricane Katrina.