Economists predict North Carolina will continue its weak recovery through 2013. 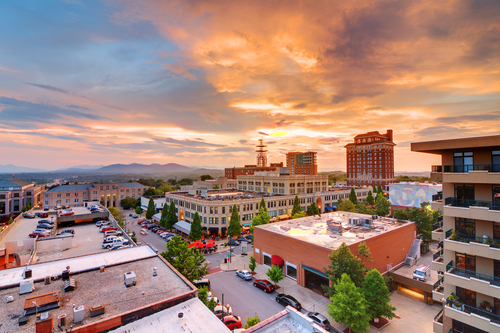 However, real estate professionals are expecting the housing market to improve at a faster pace than that of the general economy.

¨While the state has been in recovering since July of 2009, it has been a weak recovery,” wrote University of North Carolina Charlotte economist John Connaughton, in his quarterly economic forecast for the state. He added he expects the state economy to grow by an inflation-adjusted rate of 1.5 percent in both 2012 and 2013, matching the growth rate for 2011 but lower than the 3.2 percent growth recorded in 2010. “In 2012, both the U.S. and state economies have been very close to entering a double-dip recession,¨ he wrote.

By the end of December, 2012, the Charlotte, N.C. real estate market saw the following:

¨All of the above paints a pretty rosy picture about the forecast for the South Charlotte real estate market in 2013,¨ said Charlotte, N.C. Realtor Melissa Brown. ¨My bold prediction is that by the end of 2013 (assuming no catastrophes in the economy) home values in South Charlotte will increase by 5 percent, and that sales will continue to increase at a fast clip because of pent up demand.¨

North Carolina real estate prices have returned to 2008 levels, while inventory has fallen 27.5 percent from November of 2012, leaving the region with a 5.7-month supply of houses, according to an article in the Charlotte Business Journal (¨Charlotte Forecast 2013: Real Estate Residential,¨ Dec. 14, 2012).

The article read in part, ¨the Charlotte housing market has shown signs of a strong recovery with 10 straight months of positive returns. But will it continue? ´I’ve gone from cautiously optimistic to extremely optimistic,´ says Jennifer Frontera, president of the Charlotte Regional Realtors Association. ´But this is still such a fragile recovery. … As far as supply and demand, we are in a good place.

¨Charlotte’s come a long way since hitting the bottom of the housing market, says Pat Riley, president and chief operating officer of Allen Tate Co., Charlotte’s largest residential real estate firm. Riley pegs the low point for the market at October 2010 for Allen Tate. That year, closings were less than 12,300 for the firm, which has 36 offices in four N.C. and S.C. market regions.

¨Allen Tate has seen an average of 55 sales and 43 closings per day in 2012. ´I’ve never seen a year that was so steady,´ says Riley, who added 2012 was when home prices stabilized locally.

He expects 2013 to be the Charlotte market’s ´second year of recovery´ as buyers are no longer afraid to commit because of the risks of an uncertain market. ´Now we know what the value of homes are here. Whether you like them or not, you know where you are.´¨

An influx of retirees and corporations are driving real estate demand, said Riley. ¨´The economic pipeline is as good as it has ever been for companies coming here.´ Increasing rents are also pushing people back into home ownership, especially as interest rates remain low and consumer confidence returns, he says.¨

With inventory shrinking, developers are revving up for more construction. ¨Permits have picked up 7 percent in Mecklenburg County, prompting the county to add 18 code-enforcement positions. That’s a welcome reversal from 2010 when the code-enforcement department layoffs dropped the employee count to 130 from 242 positions two years earlier.

¨Housing starts have increased, but remain modest compared with the frenzy at the peak of the residential real estate bubble here, according to national housing data firm Metrostudy.

Metrostudy looks at new construction based on starts — field observations of work that’s begun — not merely by the number of permits pulled. For the year ending in third quarter, starts numbered 6,289 in the region. That’s a far cry from the market’s peak of 24,997 starts recorded for the year ending in first quarter 2007.

¨The Miami company was Mecklenburg’s largest homebuilder in 2011 and is on track to repeat in 2012. Lennar announced plans this year for 1,295 homes in eight suburban communities across the region. ´There’s no doubt the last 10 months have been strong,” Hardy says. “Better than expected.´ Hardy says the attitudes about home purchases have changed. Buyers are looking at houses as necessities, not investments. And that’s healthy. He’s not hearing potential buyers asking about appreciation. ´Buyers are looking for value,´ he says.¨