A dearth of apartments for sale means Manhattan sellers are enjoying a market titled firmly in their favor. 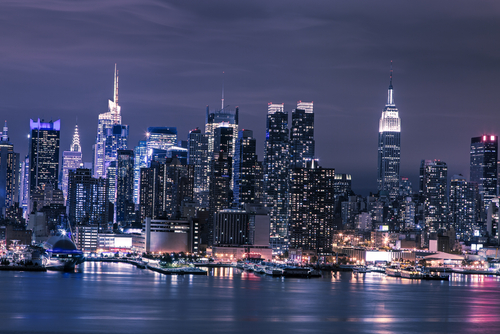 According to DNAinfo.com (“Year of the Frustrated Buyer Awaits Manhattan Real Estate Market,” April 2, 2013), “buyers can forget about low-ball offers. There was a 26.8 percent rise in the numbers of homes sold after price increases in the first quarter of 2013 compared to last year. There were 41.3 percent fewer price cuts for the quarter, according to a Manhattan real estate report released Tuesday by StreetEasy.com.”

The report, titled “Year of the Frustrated Buyer,” indicates would-be buyers hoping to take advantage of rock-bottom mortgage rates, and further spurred by word of bidding wars and packed open houses, are flooding the market.

As a result, Manhattan real estate sales increased 6.3 percent despite historic inventory lows, according to a first quarter sales report courtesy of Prudential Douglas Elliman. The report listed the average Manhattan home sales price as $1.35 million, up 1 percent from the previous year.

The DNAinfo.com article reads in part, “‘inventory has been falling for a couple of years but in the last six months it’s gotten chronic,’ said Jonathan Miller, the real estate expert who wrote the Elliman report. Would-be sellers are stuck because they can’t qualify for credit or because there aren’t enough new apartments for them to choose from, Miller explained. He said that new developments opening their doors this year will likely bring little relief since they focus more on the high-end market, rather than ‘the other 90 percent,’ he said.

Many of those investing in Manhattan real estate are foreign buyers making all-cash purchases, noted the author of the StreetEasy report.

“Overall, there was a flurry of activity for properties under $3 million, StreetEasy found,” according to the DNAinfo.com article. “So-called entry-level apartments — which in Manhattan terms is under $1 million — and the ‘mid-level’ homes, ranging from $1 million to $3 million, saw a 19 percent increase in new contracts compared to the last quarter. Closings for these properties increased, too, 5.6 percent and 12.3 percent respectively. Closings for apartments costing more than $3 million, however, declined 6.6 percent, Streeteasy found.”

New York magazine recently quoted (“Manhattan Real-Estate Market in 2013 is ‘Insane,’” April 1, 2013) Sofia Song, StreetEasy’s vice president of research, regarding the flurry of activity surrounding Manhattan real estate. “This is the highest number of contracts in the first quarter and the second highest of any quarter since the meltdown of 2008,” she told the magazine. The article went on: “Unsurprisingly, sellers are becoming quite confident, with 799 listings seeing their prices boosted — a 27.6 percent spike. All this to say that 2013 is shaping up to be the ‘Year of the Frustrated Buyer,’ says Song. ‘You have a lot of pent-up demand. You have a lot of people feeling like if they don’t act now, they’ll miss the boat. They want to take advantage of historically low rates and they don’t want to be priced out of the market.’ They may be already.

The Real Deal, a New York real estate publication, quoted local Realtors regarding the city’s residential market (“Predicting the 2013 market,” Jan. 2, 2013): “Some sectors of the residential sales market could falter next year as foreign and domestic buyers seek different products from one another, sources say. That desire for different types of housing will intensify a growing chasm between the market for new construction — which often appeals most to foreign buyers — and for townhomes and co-ops, said Frederick Peters, president of Warburg Realty.

“In 2013, expect tonier co-ops to sit on the market, as sellers emboldened by headlines about rising prices in New York City list their homes for ever-higher sums, Peters said.

‘We’ve seen a lot of major inventory sit … because buyers are not willing to throw money at it unless they think it’s spectacular,’ he said.

“CORE broker Michael Graves said he expected inventory to increase. But in the wake of the Presidential election and once the fiscal cliff is resolved — no deal had been reached at press time — sellers will be more likely to pull the trigger, he said. ‘We will see a healthier dose of inventory in the first and second quarters [first],’ Graves predicted.

“Not everyone agreed with that assessment, however.

“Miller predicted that supply will likely remain constrained, which will lead to modest price appreciation. International buyers are not going anywhere either, Miller said, which could also buoy prices. ‘For all our problems [New York City’s market is] the lesser of all evils, and I see that continuing in 2013 because what’s driving [buyers here] doesn’t have a short-term solution — a softening economy in China and an economic bubble in South America,’ he said.”