Slow, steady housing market improvement across Virginia will continue through 2013 and 2014, according to experts. 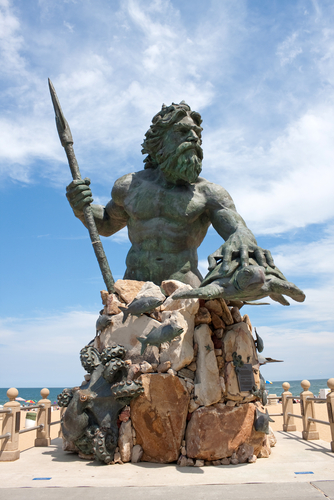 In a recent press release, the National Association of Homebuilders’ David Crowe said “home price trends continue to increase, which is good news. However, given how far the prices fell during the Great Recession it will still take some years to fully recover. In a sign that the building economy is coming back, new housing starts (both single and multifamily) are up. In Virginia, Starts rose 13 percent in 2012 and are expected to be up 20 percent in 2013.

“Meanwhile,” he continued, starts in Richmond were up 36 percent in 2012 and are expected to rise 15 percent in 2013. Crowe also sees positive signs for housing demand in Virginia and Richmond as population growth continues in both areas and the rate of new household formations picks up steam. … Although no magic remedy has been uncovered, we are moving out of the housing slump and real progress was made in 2012. The progress will continue this year and we all hope to begin accelerating housing growth in 2014.”

With the Northern Virginia area showing a second month of increased home sales compared to last year at this time, the first quarter of 2013 is gaining moderate traction.

“2013 now has two straight months of housing increases in the books,” said Jon Wolford, Chairman of the Board of the Northern Virginia Association of Realtors. “This reflects on the confidence level of prospective buyers here and on the diversity of our local economy.

“Some buyers have lowered their price points because of federal budget actions,” he said. “Yet, high affordability offered by record-low mortgage rates is still prompting first-time buyers and current homeowners to pursue a home purchase.”

The lean numbers are NVAR active listings, the number of homes for sale. In February in Northern Virginia, there was only a 1.84 month’s supply of homes. This decline of 36 percent from last year, when there was about a three-month supply of homes, marks the Achilles’ heel of the market.

The median price of residential properties throughout Fairfax County between October and December 2012 ranged from $264,000 to more than $1 million, according to real estate site Trulia.com.

McLean currently has more than 190 residential properties ranging in price from $224,000 to $10 million for sale.

“Those were some of the nuggets thrown out Tuesday during a panel discussion by three speakers at the Country Club of Virginia. Sponsored by the Greater Richmond Association of Commercial Real Estate, the panel of John Levy, Lawrence Gray and Barry Musselman ―involved in the investment banking, development and lending sides of the business ― gave an overview of things to come this year.

“‘After four horrendous years,  real estate credit is finally footloose and fancy free and it feels pretty good,’ said Levy, who heads up John B. Levy & Co, a real estate investment banking firm in Richmond. ‘But some of you might say, “But we’ve got a budget stalemate and a sequester, so trust me Washington will screw it up once again.”‘

“There’s no question, Levy said in an interview with Virginia Business,  that political events in Congress are putting a damper on the industry’s mood, with many defense contractors in Northern Virginia postponing real estate decisions until they have a better handle on what defense cuts could continue to come from the sequester.

Musselman, a senior vice president in Richmond with Regions Bank, characterized 2012 as a time of “prudent credit.”  “Real estate developers know it wasn’t’ a time of easy credit. We were coming out of a downturn. The biggest thing we did, coming out of the downturn, was increase the requirements for equity.”

“Today, the bank expects 25 to 35 percent down from an applicant, with the rate depending on the project. On the low end is multifamily, which typically requires 25 percent down, while a hotel or flex/office warehouse project would need 35 percent down.

“Regions, a bank based out of Birmingham, Ala., with $122 billion in assets and 1,700 branches in the Southeast, also is putting more covenants in loans and requiring more information from guarantors.  ‘When you come in and ask for a loan now, we ask for a lot more information. What other properties do you own? When is the debt due? We want to make sure that you are not out there stretching yourself too thin and guaranteeing too much debt,’ he told an audience of about 138.

Also, instead of relying strictly on an appraisal or internal market data, ‘Now we have independent, third-party, market information when we do projects,’ Musselman added.

Lawrence Gray, the CEO of Gray Holdings LLC in Richmond, which goes by the name of Grayco, noted that commercial markets have been enamored with the apartment sector, particularly high-density, urban infill projects in major metropolitan markets.  While this market has drawn many institutional investors, his company has tended to be more involved with apartment developments in suburban areas.

According to Gray, none of the commercial market sectors have rebounded in value to peaks they experienced in 2006 and 2007, except for apartments. ‘In 15 cities, values are over the peak,’ he said. One reason the sector has performed so well is because of the financing available from Fannie Mae and Freddie Mac, two government-controlled mortgage financing giants. This year, however, financing production is expected to drop by $6 billion for money going to apartments.  ‘A couple of years ago, 85 percent of the money was coming from Freddie and Fannie. Now it’s 50 percent,’ Gray said.

Asked by a member of the audience if Richmond was approaching a point of overbuilding in apartments, Lawrence said the rebound typically has been in high-density projects in urban areas, in big cities like New York and Los Angeles, and in some second-tier markets such Charlotte, Raleigh and Richmond.

‘We’re back to a historical average supply, heavily oriented to a specific demographic,’ he noted, namely young working professionals. ‘But there are only so many kids who can pay $1,500 a month for a 600 square-foot box. … The trend toward urbanization is real, but only so many people can afford it, because land prices are high and construction prices are high in concrete and steel.  … We’re watching it very closely, and we think the relative value is still in the suburban markets.'”